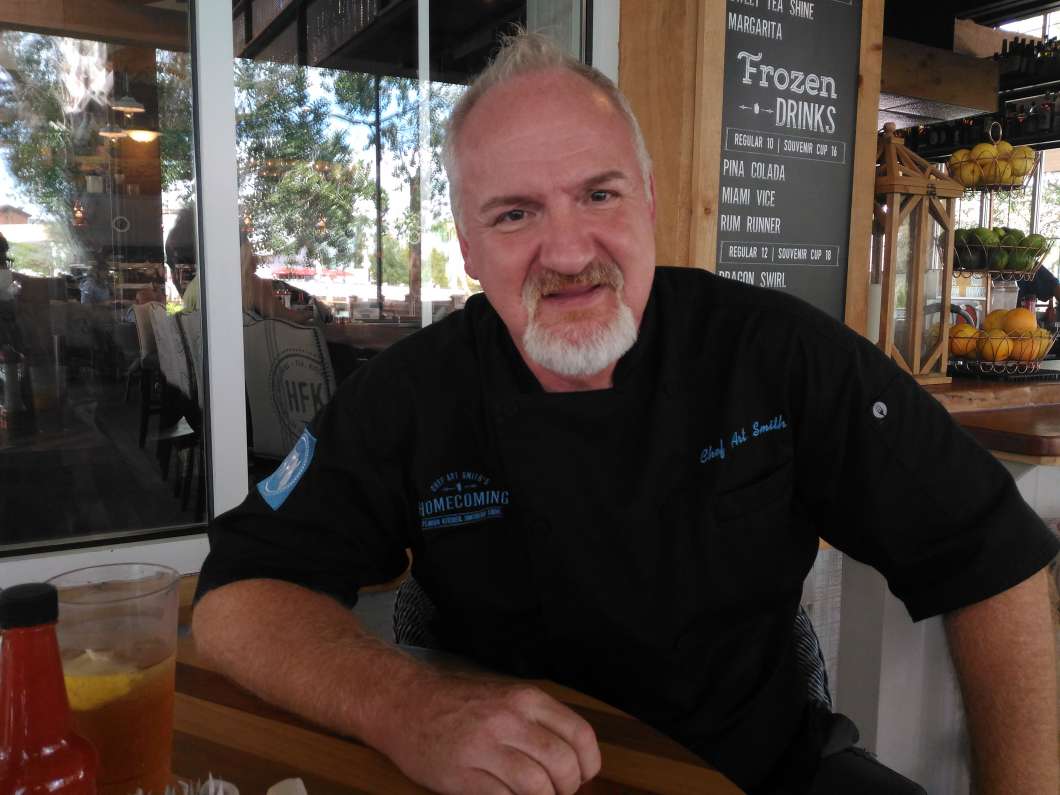 Art Smith was Oprah’s personal chef. He recently opened a restaurant at Disney Springs called Homecoming. Smith talks about the healing power of fried chicken, and his plan to revitalize his North Florida home-town of Jasper with a bakery.

“I have a lot of history here,” says Smith, who studied at Florida State University, was chef for Governor Bob Graham, and also worked for Governor Jeb Bush.

Smith says he was a cast member of the first Magic Kingdom college program in 1981.

And he visited Disney World with his parents when it first opened.

“We stayed at the Polynesian Hotel. My mother even made us our own little luau shirts, it was so fabulous.”

Smith is a ‘chef ambassador’, and he’s prepared food for leaders around the world as part of the US Department of State’s Diplomatic Culinary Partnership.

“Everybody gets fried chicken.”

He labeled Florida Attorney General Pam Bondi ‘Cruella de Vil’ over her opposition to same sex marriage, and he says his feud with Bondi is what motivated him to organize mass gay weddings.

“I did it because it was polite protest,” he says.

Smith is working on a plan to help revitalize his home town of Jasper in North Florida.

He’s turning an old Jai Alai court into a bakery that he says will provide jobs for Jasper residents, and supply cakes for Homecoming and his other restaurants.

“I guess there are all kinds of crazy things you can be remembered for, but nothing bad about being remembered for something that tastes good and made ‘em happy.”