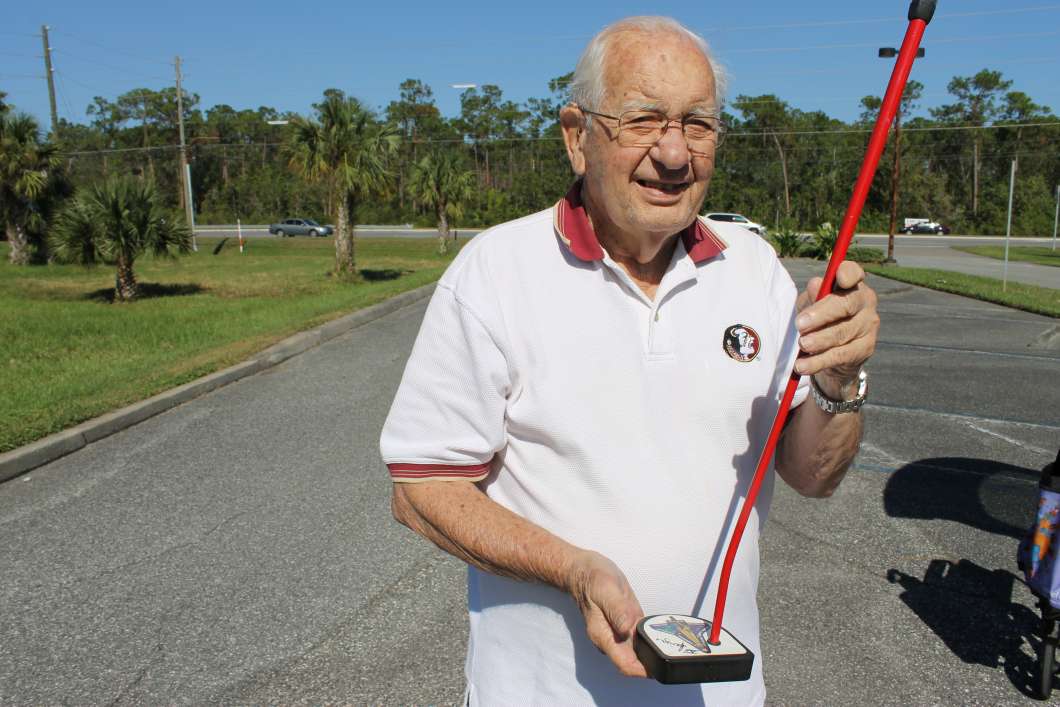 Charlie Madge with one of his own putters. Photo: Matthew Peddie, WMFE

Charles Madge is 90 years old, and he’s competing in the Florida Senior Games which start on December 2nd. He’s won medals from dozens of competitions including state and national senior games.

Madge joined Intersection to talk more about his golf career, and tips for staying competitive at age 90.

Madge says he has played 524 different golf courses, 27 outside the United States, and 34 of the Golf Digest’s top 100. As for competing, he says he enjoys the challenge.

“It’s the challenge, golf is a very difficult game, every shot is hard,” he says.

“It keeps your attention and you have a chance to see someone else that maybe had more experience than you so you just bear down and you try to take them out.”

Madge says he’s most proud of the time he played in the National Olympic Championship. “I didn’t get it, but you just don’t have opportunities like that very often.”

Madge said his advice to people getting into sports later in life is to “just do it”.

“You may think you can’t win, but the beautiful areas that we play in, the nice people that we meet, the challenge of doing something that keeps you active and if you’re successful you feel really good,” Madge says.

“I’ve felt really good a lot of times, and if you don’t, you still had fun!”