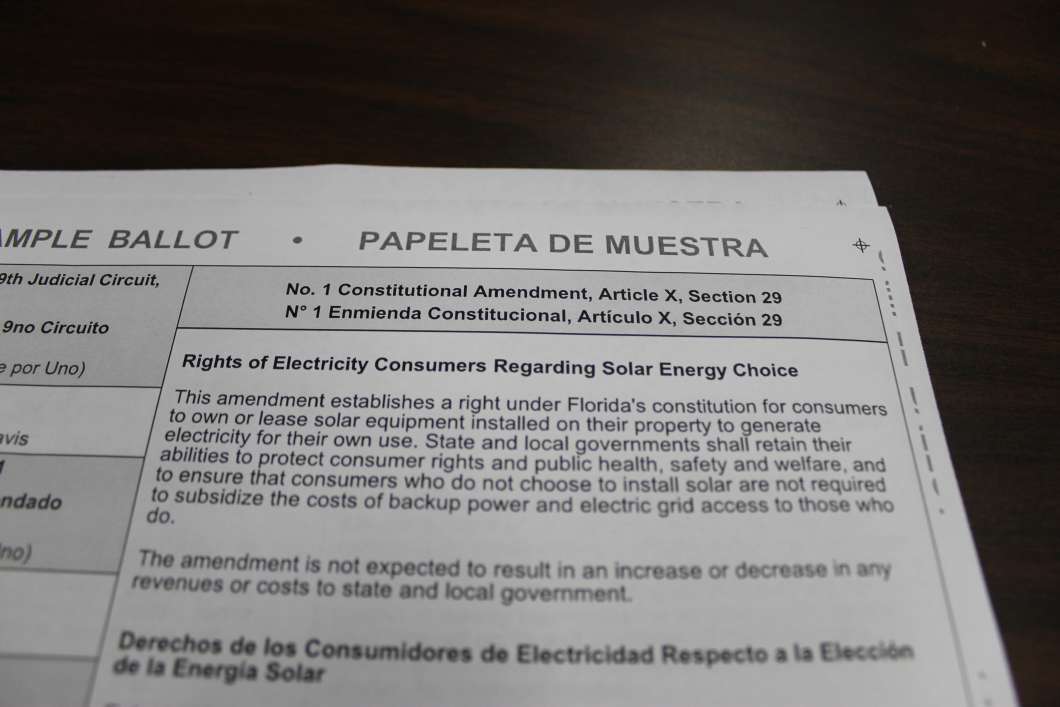 On the ballot voters will decide the fate of another solar amendment:  Amendment 1. Backers say it will promote solar power in the Sunshine State and protect consumers from scams and unfair subsidies. But opponents say it’s an attempt by utility companies to choke off rooftop solar.

In a speech, Sal Nuzzo, policy director of the James Madison Institute in Tallahassee used the phrase ‘political jiu jitsu’ in describing Amendment 1.

Are voters being duped, or does Amendment 1 protect them from solar scams as its backers claim?