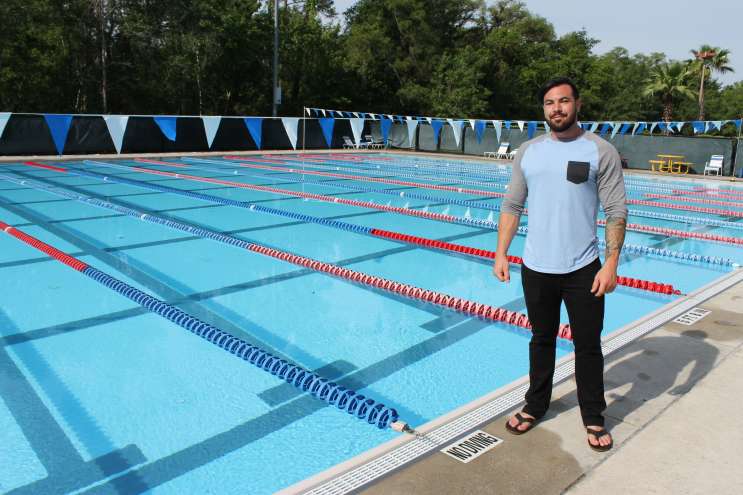 Michael Roggio at the Oviedo Aquatic Center where he's been training for the Invictus Games. Photo: Matthew Peddie, WMFE

For drivers who use U.S. 17-92 to get to work: get ready for orange cones and bulldozers starting this month. A four mile stretch of 17-92, the so-called spine of Seminole County, is getting widened. What does that mean for your commute? Florida Department of Transportation spokesman Steve Olson explains.

Finding affordable housing can be a big challenge, but the answer may be to build small and fast. We’ll hear from Tim McKinney and Bill Ford about a project to bring small homes to Bithlo in Orange County. It’s not a tiny house on wheels, but McKinney and Ford say these homes can be put up in just a few days and won’t break the bank.

The Invictus games kicks off in Orlando later this week. Wounded, sick and injured service men and women from around the world compete in sports like wheelchair basketball, track and field, and swimming. Former Navy rescue swimmer Michael Roggio shares his story about fighting back from a debilitating neck injury to compete in the games.