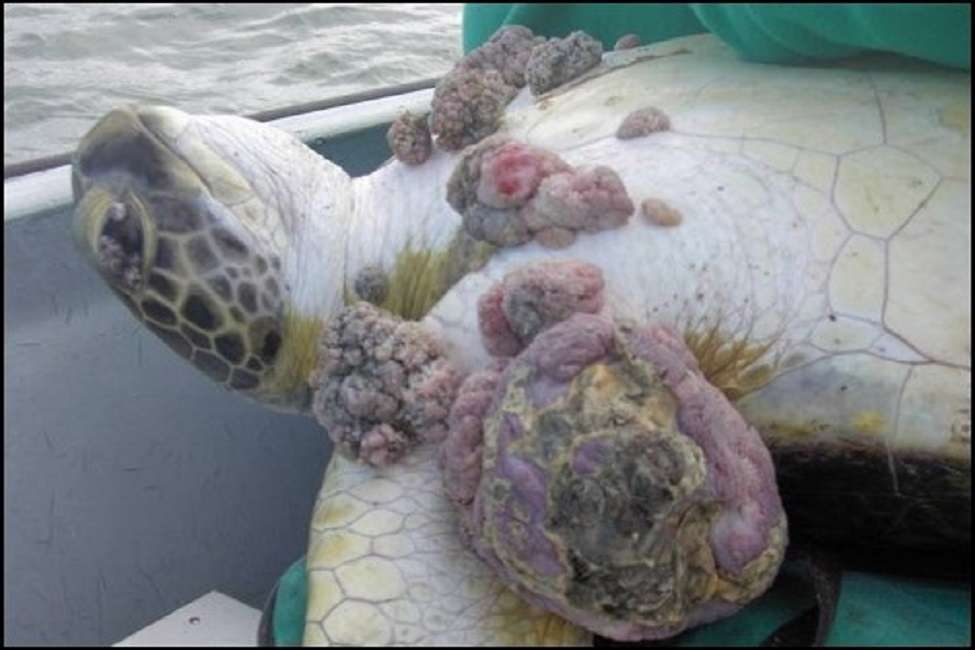 More than half of the Indian River Lagoon’s green sea turtles are covered with tumors.

New research suggests a link with the turtles’ immune function and the lagoon’s ailing water quality.

The Florida Atlantic University researchers say the virus behind the tumors has been around for more than 300 million years but became pandemic only within the last century.

The researchers compared immune function among green sea turtles in the Indian River Lagoon and the more pristine Trident Basin, near Cape Canaveral.

They found that not every turtle with the virus developed the tumors, but that those with a weakened immune function were more likely to have tumors.

This year a record 974 manatees have died in Florida, primarily in the Indian River Lagoon.