In Search For Life, Astronomers Find Planet With Signs Of Water 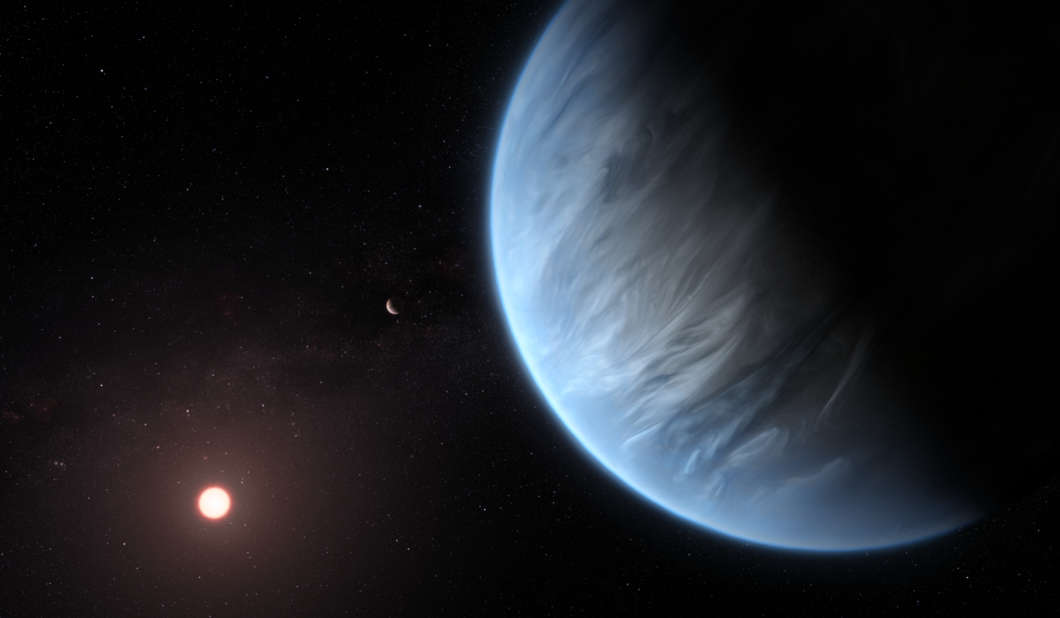 Scientists have discovered a planet outside our solar system that contains signs of water — a key resource needed to support life.

The planet, named K2-18b, is about 110 light years away and was discovered using NASA’s Kepler space telescope.

Astronomers at the University College London made follow-up observations of the planet with the Hubble space telescope and uncovered signs of water vapor in the distant planet’s atmosphere, similar to clouds here on Earth.

The planet was identified by Kepler in 2015. Astronomers used archive data from 2016 and 2017 captured by Hubble and revealed the molecular signature of water vapor, along with hydrogen and helium in the planet’s atmosphere.

“This is another example of a planet where we have got the conditions that we think are necessary for life,” said Dan Batcheldor, head of aerospace, physics and space sciences at Florida Tech.

But he warns life may be difficult on this planet. While it sits in the so-called Goldilocks zone — not too hot or not too cold — its host star is likely bombarding the planet with radiation.

“Whilst the planet is in this Goldilocks zone and demonstrates the potential presence of there being water clouds in the atmosphere, the actual position of the planet around an M-Dwarf star might actually not be a good sign for there being life there.”

Batcheldor hopes as new telescopes come online, scientists will discover additional planets with water vapor and possible signs of life. Once launched, NASA’s James Webb Space Telescope can make detailed observations of these plants and search for even more evidence of water or signs of life.

The Kepler telescope uncovered thousands of potential planets outside our solar system. A new telescope, the Transiting Exoplanet Survey Satellite, or TESS, launched from Cape Canaveral last year is continuing the search for more planes.