‘I Found The Key’: FKA Twigs Learns To Write For Her Voice On ‘Magdalene’ 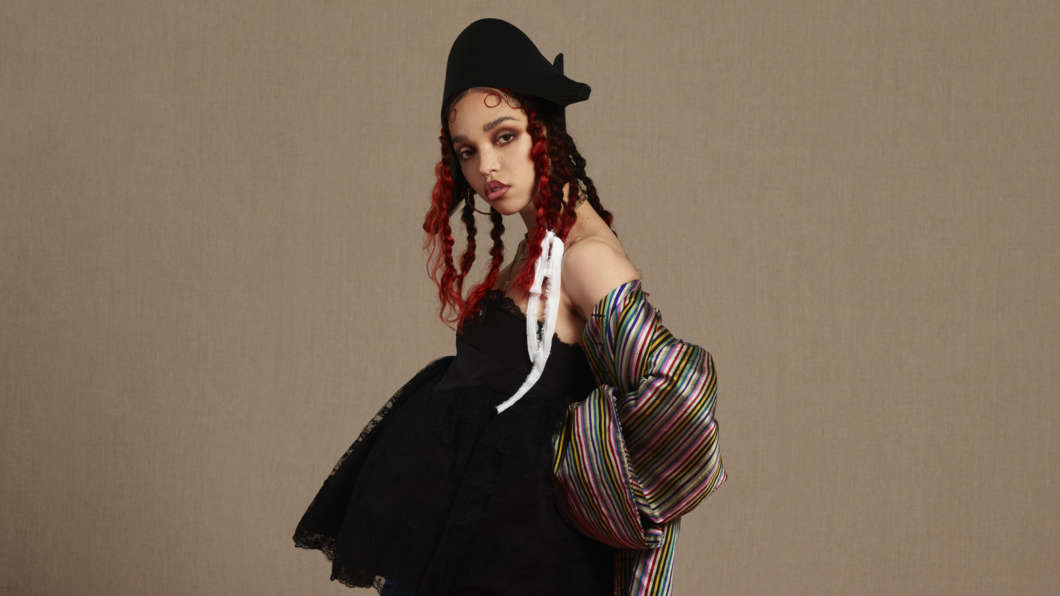 Four years between albums is not a very long time, says FKA twigs, if that artist writes all the lyrics and melodies and produces their own music.
Image credit: Matthew Stone

When the genre-defying British artist FKA twigs was 26, she came out with her debut album. Originally a dancer, twigs paired her experimental, highly-produced sound with artistic choreography and sweeping visuals. At 31, she’s back with her follow-up, Magdalene.

Twigs started working on the album about four years ago, and she brought all that accumulated experience to the table. From the good — starting a clothing line and starring in an Apple commercial — to the not so good — a health scare and a high profile relationship that ended in a breakup.

“The truth is I’m so grateful to have gone through such intense pain and confusion, emotionally and physically. It’s been beautiful,” she says. “During that time, I’ve really deciphered who I am and what I want.”

FKA twigs spoke with NPR’s Audie Cornish about producing her new album, Magdalene, the influence of her classical training and the embracing double-standards that people set for women. Listen to the story in the audio player above, and read on for a transcript of their conversation.

Audie Cornish: Do you mind me asking about your process?

FKA twigs: I always feel sort of strange talking about my process, because truly each time is completely different. [For “Cellophane”] I went on the mic and pretty much sang the whole thing in one take, and the vocal that’s there is the vocal I did in that hour. It wasn’t altered or anything, that’s just how it was.

I think on this album, although it’s taken a long time, I’d say nothing really felt unpleasurably labored to me, even if there were a lot of intricate details that I had to go back to — to refine and perfect. As maybe some songwriters and producers would agree, [sometimes] you’re just trying to so hard that you’re fixing it and breaking it, and fixing it and breaking it until you’re not sure where you are with the music. But luckily on this album, that didn’t really happen.

Your visual style has always been very dramatic. You’ve always had an incredible sense of style that’s reflective of punk and other influences. I was reading that, growing up, you were obsessed with ballet and operas.

I started studying classical ballet when I was 7 or 8-years-old, and I think that really turned me on to classical music. Then when I was about 11 or 12, I met a wonderful singing teacher called Dorothy. I would sing in Latin with her. I studied with her until I was 14 or 15.

I wondered how it informed your songwriting, because your songs, especially on this album, are very vulnerable. I could easily feel the influence of someone who has listened to a lot of fallen heroines; Opera made sense when I heard it.

It’s interesting that you say fallen heroines, because for me it’s the strongest I’ve ever sounded.

To me, when I listen to the record I really feel it all sort of came together and like “It’s going to be okay.” But that’s the interesting thing about music; I guess it’s not mine anymore. That’s the beautiful thing, it just depends what place the listener is in and what they want to take.

I think I also want to focus more specifically on physical pain, because you are a dancer and have been a dancer. Your performance and visuals are very physical. I know that when I went through a physical ailment, it really made me reckon with myself and my body. Given that this record is called Magdalene, I guess I wanted to explore that even more than the heartbreak side.

So the opening of the title song is the idea: “A woman’s prerogative / A woman’s time to embrace / She must put herself first.” I feel like that’s a lesson you learn when you go through something physical in particular.

I think, for me, it relates to the unpaid and unacknowledged emotional labor that women put into the world on a daily basis. Certainly ever since I was young, I was taught to nurture, and taught to be aware of myself socially, and aware of my emotions and [to] mother.

Connecting with Mary Magdalene over the past couple of years, spiritually, I started to explore the concept of the virgin-whore, which is the idea that, as a woman, you can be pure, and you can be innocent, and you can be like a fresh flower — but at the same time, you can be dangerous, and seductive, and all-knowing and healing. It’s been incredibly exciting for me to know that that’s okay and it exists and I am as much sacred as I am sensual.

And that there’s nothing wrong with either.

Yeah, that’s the whole point: You don’t have to choose. But I am both, and that is stunning.

I was reading in a statement that you said “Throughout my life I’ve practiced my way to being the best I could be. It didn’t work this time. I had to tear down every process I’d ever relied on. Go deeper. Rebuild. Start again.” Where are you now, in that process?

Right now, I’m completely back into practice mode, which is my safe place. I do acknowledge that sometimes that isn’t enough and there’s a realm beyond practice which you can’t control, and that’s what I learned in making Magdalene.

Hiba Ahmed and Christina Cala produced and edited the audio of this interview. Cyrena Touros adapted it for the Web.