Search And Rescue Effort Begins In The Wake Of Hurricane Michael 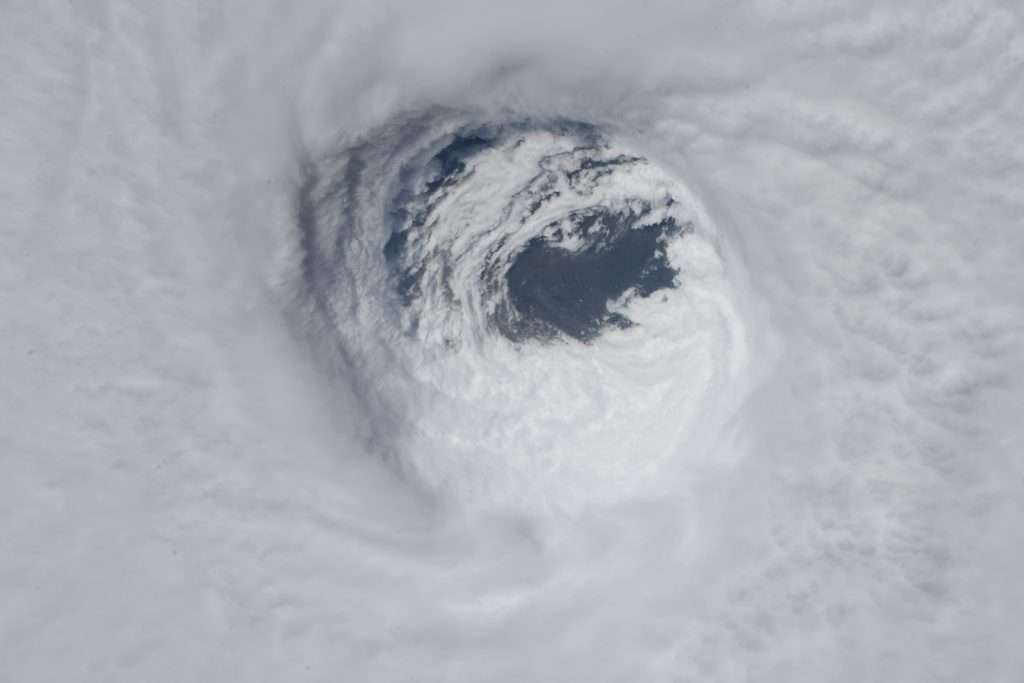 Search and rescue teams were beginning their work in the Florida panhandle Wednesday afternoon in the wake of Hurricane Michael’s destructive path. Michael made landfall as a Category 4 Hurricane with 155 mph winds.

“Hurricane Michael is the worst storm the Florida panhandle has ever seen,” said Governor Scott in a press conference. Scott said he had requested a major disaster declaration from President Donald Trump.

“We heard of significant impacts at Tyndall Air Force base and many communities along the coast,” he said.

Gov. Scott said a “massive wave of response” was being deployed including medical search and rescue, power restoration and food and water distribution. The US Coast Guard had pre-positioned in Tampa and Mobile to help with search and rescue and the recovery effort.

“The entire world and nation has watched as this monster storm has devastated Florida’s gulf coast and panhandle,” said Scott.

“Florida is unbreakable and we’ll get through this together. Hurricane Michael cannot break Florida,” he said, as he urged Floridians to unite in the recovery effort.

Scott said he was disappointed that not everybody followed evacuation orders.

“I’m still praying that we didn’t lose anybody,” he said.

Hurricane Michael made landfall Wednesday afternoon as a Category 4 hurricane with 155 mph winds. Dangerous winds and storm surge were continuing for the Panhandle as the storm moved inland.

Hurricane #Michael has made landfall just northwest of Mexico Beach, Florida. The latest public advisory is available on the NHC website: https://t.co/fniXaEmxWe pic.twitter.com/s4X21XtdX1

The City of Tallahassee encouraged residents to stay in place.

Your time to prepare for #HurricaneMichael has passed. We encourage residents to hunker down and shelter in place. Get to your home’s safe, interior room and break out your disaster preparedness bucket. #MichaelTLH

The storm packs 150 mph sustained winds and 172 mph gusts, a minimum central pressure of 923 mb and is still strengthening. It’s now 35 miles from the coast at Mexico Beach and 40 miles from Panama City.

Storm surge 5.5 feet above normal has already begun to hit the coastline, flowing up over barriers.

The storm is moving NNE at a rate of 14 mph, slowly accelerating its track as it has neared land.

11:15 am Wednesday: Too late to evacuate the coast

Governor Rick Scott said Wednesday morning that time has run out for people in coastal areas who debated whether to evacuate ahead of Hurricane Michael, as the powerful Category Four storm was poised to cause massive damage in the Panhandle.

At 8 a.m. Eastern time, Michael, with maximum sustained winds of 140 miles per hour, was about 90 miles south-southwest of Panama City.

A hurricane warning remained in effect from the Alabama state line to the Suwannee River in Dixie County for what could be the most destructive hurricane in the Panhandle in a century.

The storm, which is expected to speed through the Panhandle before moving into the Atlanta area and the Carolinas, rapidly grew over the weekend.

Scott says many people made the decision not to evacuate early, when the forecast had the system reaching 100 miles per hour.

“Now that the storm is here, it is not safe to travel across the Panhandle. If you are in a coastal area, do not leave your house. The time to evacuate in coastal areas has come and gone,” said Scott.

Fifty-four shelters were open across the Panhandle and Big Bend, housing nearly 6,000 people as of 9 a.m. Wednesday, according to the state Division of Emergency Management.

Besides heavy rains and strong winds, the system is expected to create flash flooding and life-threatening storm surges across the Panhandle and Big Bend region.

In advance of the storm, utility crews from Gulf Power, Duke Energy, Florida Power & Light and public utilities have lined up more than 19,000 workers from their own crews and through mutual-aid agreements with companies across the South and Midwest.

Michael continues to strengthen as a Category 4 hurricane and is closing in on the Florida panhandle, with tropical storm force winds already being felt on the coast.

As of 9 a.m. Eastern standard time Michael had strengthened to 145 mph sustained winds and a central pressure of 933 mb, located 80 miles south southwest of Panama City.

The storm is moving north at 13 mph. Landfall is forecast to be this afternoon to the east of Panama City as a dangerous Category 4 with life threatening storm surge of 9 to 13 feet possible from Tyndall Air Force Base to Keaton Beach.

Michael, a dangerous Category 4 hurricane is closing in on the Florida panhandle. Conditions are deteriorating quickly along the Gulf coast.

“The pressure with Michael dropped overnight as the storm rapidly strengthened to a strong Category 4 storm,” said meteorologist Cyndee O’Quinn.

“The warm Gulf water temperatures of up to 85 degrees are helping to fuel the storm. Additional strengthening is expected,” said O’Quinn.

Landfall is forecast to be this afternoon to the east of Panama City as a dangerous Category 4 with life threatening storm surge of 9 to 13 feet possible from Tyndall Air Force Base to Keaton Beach.

Hurricane Michael has become the season’s second major hurricane. The latest flight from the hurricane hunters have revealed that top winds have increased to 120 mph.

Satellite data suggest Michael may continue to strengthen some over the next 12 hours, and it is likely to be a Major Hurricane at landfall.

Hurricane Michael is almost a Major Hurricane and further strengthening is expected today and tonight.

“People don’t realize the risk of storm surge they are anticipating storm surge of up to eight to twelve feet feet,” Governor Rick Scott has warned Floridians to heed storm surge warnings.

The state is taking preemptive strides to restore power after the storm passes.

“Across the state we have 13,000 Florida restoration workers ready and they’re already saged for the response and more are being made ready today,” said Governor Rick Scott.

“Additional strengthening of Michael will continue until landfall on Wednesday as westerly shear decreases and warm water temperatures in the Gulf near 84 degrees will fuel the storm,” said meteorologist Cyndee O’Quinn.

“Conditions begin to deteriorate along the panhandle tonight with hurricane force winds by Wednesday morning. Catastrophic storm surges of 8 to 12 feet are expected across part of the Big Bend and Nature Coast,” said O’Quinn.

Landfall is expected early Wednesday afternoon between Apalachicola and Panama City as a Major Hurricane.

Life-threatening storm surges of 8 to 12 feet are expected across the Big Bend of Florida to Cedar Key along the Nature Coast with higher than normal storm surges as far south as Tampa of 2 to 4 feet.

Former FEMA Administrator and Florida Emergency Management Director Craig Fugate said some of the most vulnerable coastal areas of the state are at risk of 12 feet of storm surge, and inland communities are also in danger.

“I think people need to get it in their head. This is not a Hermine,” said Fugate.

“This is a deadly storm with storm surge tonight and tomorrow as the storm gets closer.”

Fugate said compared to hurricanes that have come this way in recent years – Michael is large, strong, and well-organized.