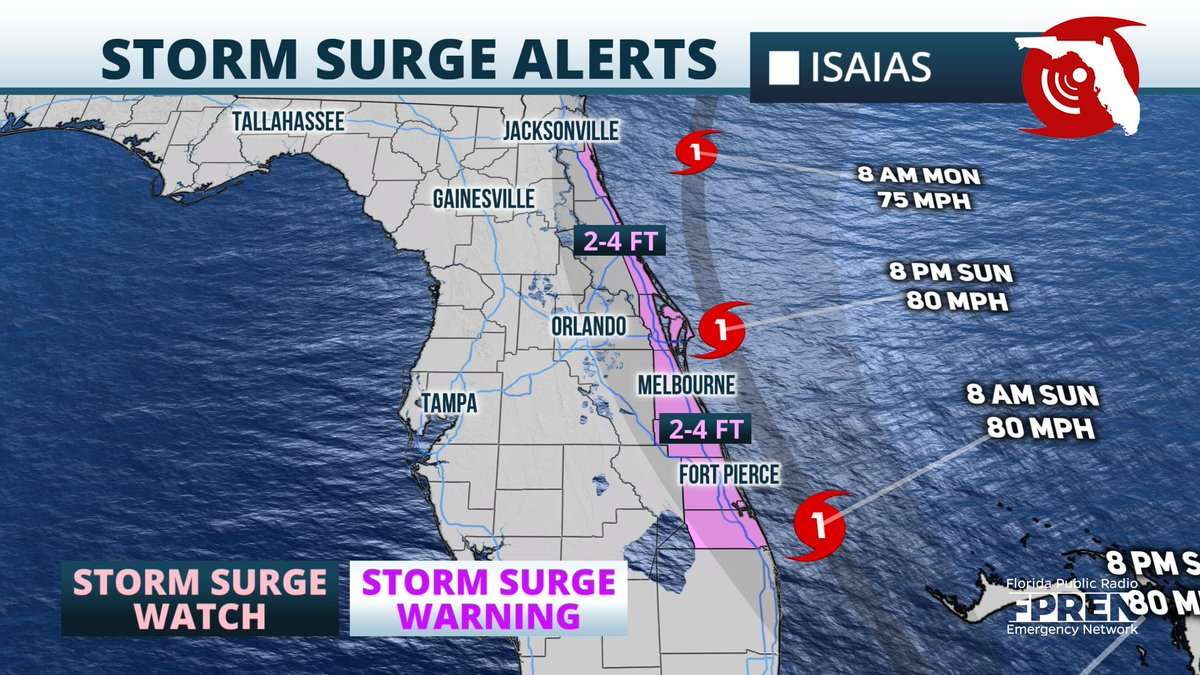 Hurricane Isaias is over the northern Andros Island in the Bahamas with top winds of 80 mph as of the latest update from the National Hurricane Center.

As of 11 AM: There have been no changes to storm surge alerts. A Storm Surge Watch is in effect from the Martin/Palm Beach County line to the St. Johns/Duval line. #FLwx #Isaias https://t.co/kzZ1MXOKAz pic.twitter.com/eA31mNp07y

“Occasional gusts to near tropical storm force are likely late this afternoon with a few bands moving into Miami-Dade and Broward counties. A greater chance of tropical storm force winds are expected overnight into Palm Beach County. The strongest winds are likely to be right along the coast. Choppy seas and rip currents are expected to continue.”

Hurricane Warnings continue from Boca Raton northward, and Tropical Storm Warnings are in effect for the remainder of Broward and Miami-Dade counties. He says conditions should improve Sunday night.