Hospitals Have Started Posting Their Prices Online. Here’s What They Reveal 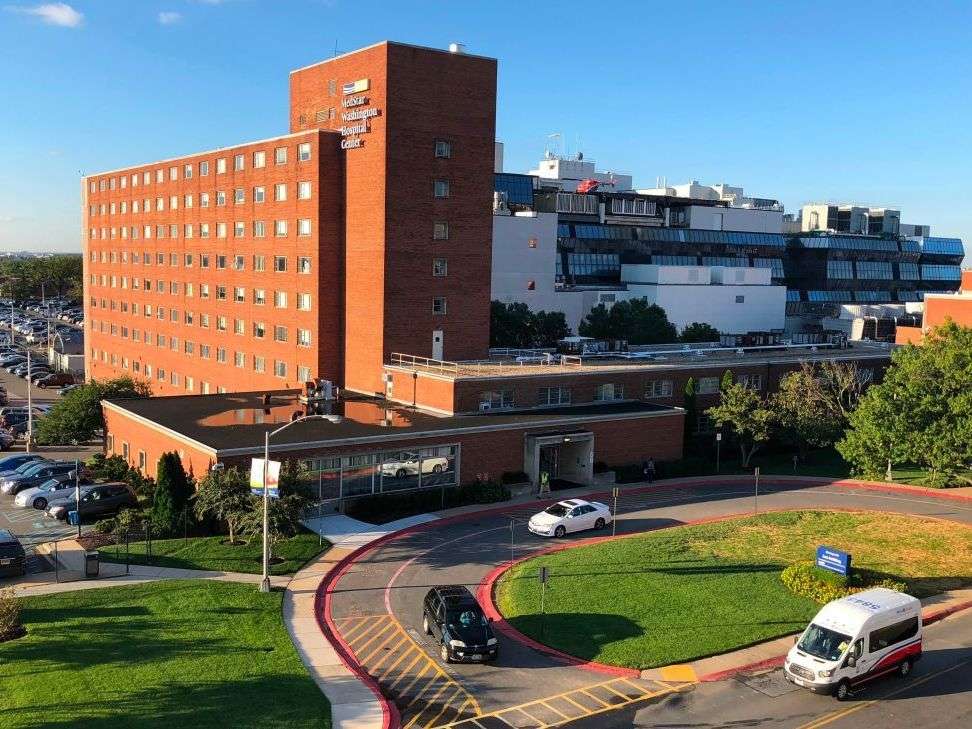 Many hospitals around the country, including Medstar Washington Hospital in Washington DC., have started sharing their prices online in compliance with a recent federal rule.
Image credit: DANIEL SLIM

A colonoscopy might cost you or your insurer a few hundred dollars — or several thousand, depending on which hospital or insurer you use.

Long hidden, such price variations are supposed to be available in stark black and white under a Trump administration price transparency rule that took effect at the start of this year. It requires hospitals to post a range of actual prices — everything from the rates they offer cash-paying customers to costs negotiated with insurers.

But some hospitals bury the data deep on their websites or have not included all the categories of prices required, according to industry analysts. A sizable minority of hospitals have not disclosed the information at all.

While imperfect and potentially of limited use right now to the average consumer, the disclosures that are available illustrate the huge differences in prices — nationally, regionally and within the same hospital. But they’re challenging for consumers and employers to use, giving a boost to a cottage industry that analyzes the data.

While it’s still an unanswered question whether price transparency will lead to overall lower prices, KHN took a dive into the initial trove of data to see what it reveals. Here are five takeaways from the newly public data and tips for how you might be able to use it to your benefit

1) As expected, prices are all over the map

The idea behind the requirement to release prices is that the transparency may prompt consumers to shop around, weighing cost and quality. Perhaps they could save a few hundred dollars by getting their surgery or imaging test across town instead of at the nearby clinic or hospital.

Under the Trump-era rule, hospitals must post what they accept from all insurers for thousands of line items, including each drug, procedure or treatment they provide. In addition, hospitals must present this in a format easily readable by computers and include a consumer-friendly separate listing of 300 “shoppable” services, bundling the full price a hospital accepts for a given treatment, such as having a baby or getting a hip replacement.

The negotiated rates now being posted publicly often show an individual hospital accepting a wide range of prices for the same service, depending on the insurer, often based on how much negotiating power each has in a market.

In some cases, the cash-only price is less than what insurers pay. And prices may vary widely within the same city or region.

In Virginia, for example, the average price of a diagnostic colonoscopy is $2,763, but the range across the state is from $208 to $10,563, according to a database aggregated by San Diego-based Turquoise Health, one of the new firms looking to market the data to businesses, while offering some information free of charge to patients.

2) Patients can look up the information, but it’s incomplete

Patients can try to find the price information themselves by searching hospital websites, but even locating the correct tab on a hospital’s website is tricky.

Typically, consumers don’t comparison-shop, preferring to choose convenience or the provider their doctor recommends. A recent Peterson-KFF Health System Tracker brief, for instance, found that 85% of adults said they had not researched online the price of a hospital treatment.

And hospitals say the transparency push alone won’t help consumers much, because each patient’s situation is different and may vary from the average— and individual deductibles and insurance plans complicate matters.

But if you do want to try, here’s one tip: “You can Google the hospital name and the words ‘price transparency’ and see where that takes you,” says Caitlin Sheetz, director and head of analytics at the consulting firm ADVI Health in the Washington, D.C., metro area.

Typing in “MedStar Health hospital transparency,” for example, likely points to the MedStar Washington Hospital Center’s “price transparency disclosure” page, with a link to its full list of prices, as well as its separate list of 300 shoppable services.

By clicking on the list of shoppable services, consumers can download an Excel file. Searching it for “colonoscopy” pulls up several variations of the procedure, along with prices for different insurers, such as Aetna and Cigna, but a “not available” designation for the cash-only price. The file explains that MedStar does not have a standard cash price but makes determinations case by case.

Performing the same Google search for the nearby Inova health system results in less useful information.

Inova’s website links to a long list of thousands of charges, which are not the discounts negotiated by insurers, and the list is not easily searchable. The website advises those who are not Inova patients or who would like to create their own estimate to log into the hospitals’ “My Chart” system, but a search on that for “colonoscopy” failed to produce any data.

Because of the difficulty of navigating these websites — or locating the negotiated prices once there — some consumers may turn to sites like Turquoise. Another such firm is Health Cost Labs, which will have pricing information for 2,300 hospitals in its database when it goes live July 1.

Doing a similar search for “colonoscopy” on Turquoise shows the prices at MedStar by insurer, but the process is still complicated. First, a consumer must select the “health system” button from the website’s menu of options, click on “surgical procedures,” then click again on “digestive” to get to it.

There is no similar information for Inova because the hospital has not yet made its data accessible in a computer-friendly format, said Chris Severn, CEO of Turquoise.

Inova spokesperson Tracy Connell said in a written statement that the health system will create personalized estimates for patients and is “currently working to post information on negotiated prices and discounts on services.”

Firms like Turquoise and Health Cost Labs aim to sell the data gathered from hospitals nationally to insurers, employers and others. In turn, those groups may use it in negotiations with hospitals over future prices. While that may drive down prices in areas with a lot of competition, it might do the opposite where there are few hospitals to choose from, or in situations where a hospital raises its prices to match competitors.

4) Consumers could use this data to negotiate, especially if they’re paying cash

For consumers who go the distance and can find price data from their hospitals, it may prove helpful in certain situations:

While there’s no guarantee of success, “if you are uninsured or out of network, you could point to some of those prices and say, ‘That’s what I want,'” says Barak Richman, a contract law expert and professor of law at Duke University School of Law.

But the data may not help insured patients who notice their prices are higher than those negotiated by other insurers.

In those cases, legal experts say the insured patients are unlikely to get a bill changed because they have a contract with that insurer, which has negotiated the price with their contracted hospitals.

“You can’t say, ‘Well, you charged that person less,'” he notes, but neither can they say they’ll charge you more.

Getting the data, however, relies on the hospital having posted it.

5) Hospitals still aren’t really on board

When it comes to compliance, “we’re seeing the range of the spectrum,” says Jeffrey Leibach, a partner at the consulting firm Guidehouse, which found earlier this year that about 60% of 1,000 hospitals surveyed had posted at least some data, but 30% had reported nothing at all.

Many in the hospital industry have long fought transparency efforts, even filing a lawsuit seeking to block the new rule. The suit was dismissed by a federal judge last year.

They argue the rule is unclear and overly burdensome. Additionally, hospitals haven’t wanted their prices exposed, knowing that competitors might then adjust theirs, or health plans could demand lower rates. Conversely, lower-cost hospitals might decide to raise prices to match competitors.

The rule stems from requirements in the Affordable Care Act. The Obama administration required hospitals to post their chargemaster rates, which are less useful because they are generally inflated, hospital-set amounts that are almost never what is actually paid.

Insurers and hospitals are also bracing for next year when even more data is set to come online. Insurers will be required to post negotiated prices for medical care across a broader range of facilities, including clinics and doctors’ offices.

In May, the Centers for Medicare & Medicaid Services sent letters to some of the hospitals that have not complied, giving them 90 days to do so or potentially face penalties, including a $300-a-day fine.

“A lot of members say until hospitals are fully compliant, our ability to use the data is limited,” says Shawn Gremminger, director of health policy at the Purchaser Business Group on Health, a coalition of large employers.

His group and others have called for increasing the penalty for noncomplying hospitals from $300 a day to $300 a bed per day, so “the fine would be bigger as the hospital gets bigger,” Gremminger says. “That’s the kind of thing they take seriously.”

Already, though, employers or insurers are eyeing the hospital data as leverage in negotiations, says Severn, Turquoise’s CEO. Conversely, some employers may use it to fire their insurers if the rates they’re paying are substantially more than those agreed to by other carriers.

“It will piss off anyone who is overpaying for health care, which happens for various reasons,” he says.

KHN (Kaiser Health News) is a national newsroom that produces in-depth journalism about health issues. Together with Policy Analysis and Polling, KHN is one of the three major operating programs at KFF (Kaiser Family Foundation).