Honoring The Life Of A Volusia County Lynching Victim, 130 Years On 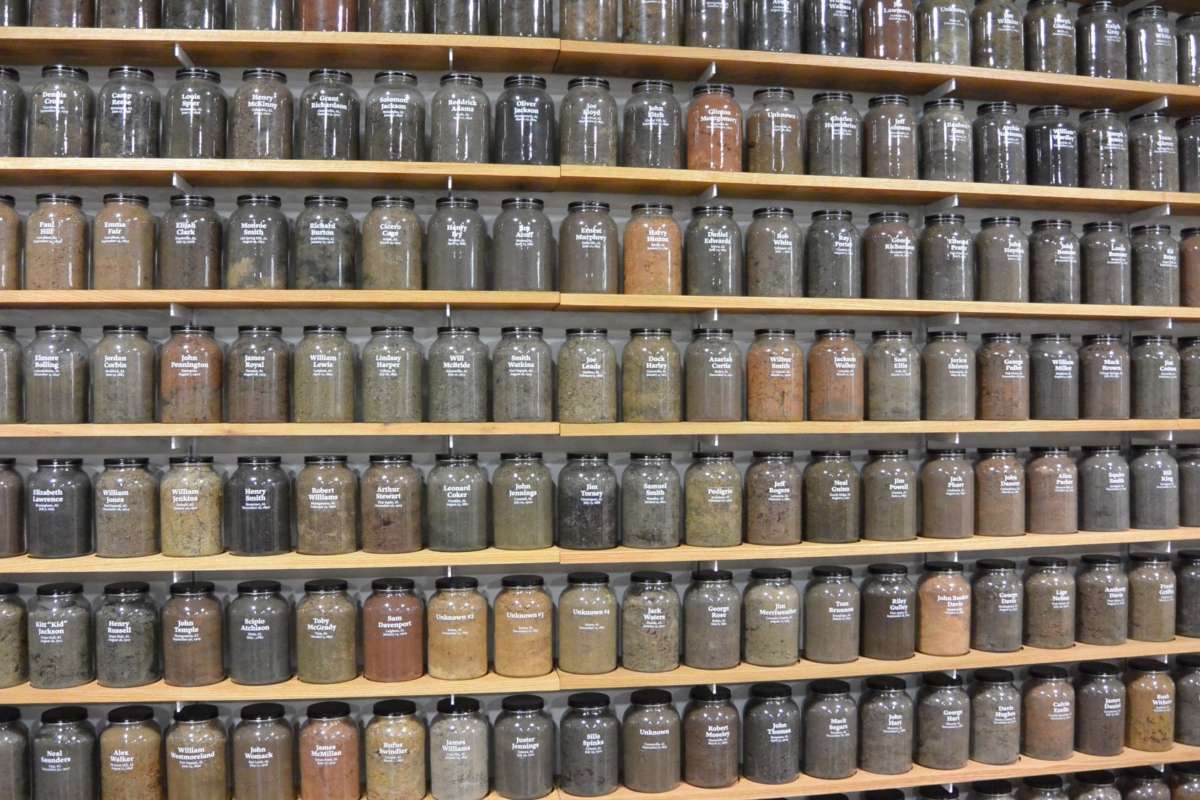 The Equal Justice Initiative's Legacy Museum exhibits mason jars filled with dirt from lynching sites from across the country and features the victim's name, the city where the tragedy took place and date of death. Photo credit: Rina Tovar Arroyo, MSEd

The life of a Volusia County resident will be honored this weekend, 130 years after he was lynched. The ceremony for Lee Bailey in Deland is part of a nationwide effort to recognize the victims of lynchings and racial terror in America.

Lee Bailey was an orange grove worker who was arrested on suspicion of sexual assault. On September 25th, 1891, a white mob seized him from the jail, hung him from a tree in downtown Deland and shot him multiple times.

Daisy Grimes, the ceremonies chair of the Volusia Remembers Coalition, says the coalition worked with the Equal Justice Institute and Stetson University to identify Bailey and uncover the facts of the case.

Bailey is one of four known victims of lynchings who will be commemorated by the Volusia Remembers Coalition.

Saturday morning’s ceremony includes a tree planting at the Dr. Noble ‘Thin Man’ Watts Amphitheater and collection of soil from the site of the lynching.

“Digging that soil up is a remembrance that something happened that was not right. There was blood shed at this location,” says Grimes.

Soil from the site of this lynching will be placed in jars bearing the name of the victim. One of the jars, along with jars from other lynching sites in Volusia County will be sent to the Equal Justice Initiative’s  National Memorial for Peace and Justice, while other jars will be displayed at Bethune Cookman University, at the African American Museum of the Arts in Deland, and in Deltona.

Dr. Grady Ballenger says commemorating the life of Lee Bailey and of the other victims of lynchings in Volusia County is a way to promote honest dialog and improve the community.

“We acknowledge that these events were meant as spectacle events, this one in particular, racial terror events to terrorize the whole black community,” says Ballenger.

“So we have to ask how many people weren’t lynched but left Volusia County, left Florida, were lost to us because of the fear that this kind of extrajudicial violence could be done to them at any moment.”

The soil collection and tree planting ceremony at 10:15am on Saturday can be viewed by zoom.