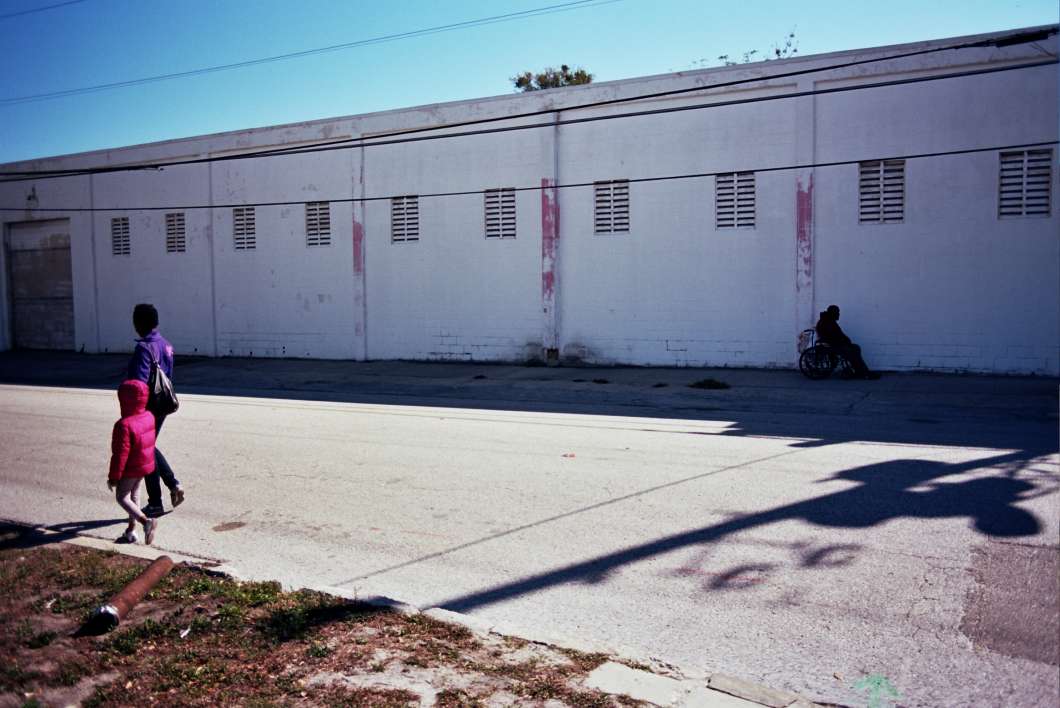 Parramore was once a hub for juvenile arrests in Orange County, but now delinquency has heightened in other areas. Photo: Joey Roulette.

This story is the fourth of Renata Sago’s five-part series on Orange County’s high juvenile arrest rate, Young & Arrested. Visit the series page for all of the stories.

As night falls across Orange County and sheriff deputies hit the street for their routine night patrol, a handful of them stick around inside a meeting room at the sheriff’s office to talk with researchers and residents

“We’re all here because of violent crimes,” says one man to the group. “For us to reduce that, there are a lot of factors that come into play.”

The group, a subcommittee for the Orange County Violent Crime Prevention Task Force, is made up of nonprofit leaders, law enforcement, pastors, and youth advocates, has been meeting since last year to talk about ways to curb juvenile arrests. Their approach is simple: It takes a village.

The task force is broken into four subcommittees that are addressing crime in Orange County through prevention, intervention, enforcement, and prosecution.

“It literally takes a community effort,” says Samantha Wallace, co-founder Man Up, a mentorship program for youth in Pine Hills, where one sliver of that area has the state’s highest volume of juvenile arrests.

“The kids that we serve, they have witnessed more than we’ve seen with our eyes in our adult years,” she adds. The catalyst for Man Up, which began in Eatonville in 2012, is exposure—or lack thereof. Wallace has found that lack of exposure is tied to poverty, a broken family structure, and a lack of direction.

“Hopefully through exposure, something will click inside of them and say, ‘I want more. I can do this. I now know that this option is available to me. So, you don’t know what you don’t know.’”

Every week Wallace and her brother Christopher mentor the kids in the program. They host slumber parties for the girls. They talk about everything from self-confidence to sex. They do robotics camp and vision board parties. Christopher Wallace has seen young men go from the inside of the jail to the inside of an honor’s classroom and to the NFL.

Robert Wesley is the public defender for Orange and Osceola counties. The majority of juvenile cases are defended by his office. Photo: Joey Roulette.

Across town, Orange County’s public defender Robert Wesley stands right in the crack: the courtyard of the Orange County courthouse on North Orange Avenue in downtown Orlando. Wesley’s office represents more than 95% of kids who end up arrested and charged. In seventeen years there, he has observed that the majority of these cases are underexposed, high need kids of color whose parents cannot afford to hire an attorney.

“Our kids aren’t worse than kids in Jacksonville or Palm Beach, Miami kids aren’t more angelic than our kids. These are kids that don’t need so much an arrest as they need some understanding.”

Wesley sees strong collaboration between the state attorney’s office, the courts, and the Department of Juvenile Justice. But he believes there needs to be more counselors, social workers, and services to keep kids off a bad path.

“The whole focus is on that one act rather than what’s going on with this child. You know when they say, ‘The child runs away and causes problems.’ ‘Your honor, his uncle comes in at midnight and tries to get in bed with him. That’s why he runs away.’ ‘Your honor, the child starts fight and is violent. Your honor, the child is trying to protect yourself from people in the neighborhood who want to do harm.’ It’s not your neighborhood, judge.”

Over more than two decades, Judge Daniel Dawson has heard thousands of cases like these from kids from his courtroom at the Thomas S. Kirk Center for Juvenile Justice. He says balancing justice with rehabilitation is like being caught between a rock and a hard place.

“Sometimes you end having to follow the law even though you know what might be best for the community or even for the child or the family would be to get some help or do something about the situation.”

He believes it is cheaper to get to the underlying issues that are causing kids to end up under arrested.

Christina Daly is secretary of Florida’s Department of Juvenile Justice. The agency was created in 1994. Before then, juveniles were handled through the Department of Human Services. Photo: Joey Roulette.

That is an idea that the Florida Department of Juvenile Justice has come to identify has key in the past decade. The agency began a formal revamp in 2011, switching gears from being tough on kids to focusing on research and data to understand them.

“For the vast majority of young people that touch our system, we are able to make decisions based on their history and their needs and their risk to reoffend like we’ve never done before,” says Christina Daly, who is secretary of the DJJ. “And we’re seeing a better outcome as a result.”

According to Daly, juvenile arrests statewide have dropped to a forty-year low, which she says has to do with the cost of handling kids.

“This agency was spending hundreds of millions of dollars on kids and weren’t having the outcomes we needed to have for those kids. We’re able to make better decisions based on their needs to ensure that we’re providing the right level of service and prevention at the optimal time.”

The agency has created new tools to assess youth before they get deep into the system and are standing in front of a judge. It has also partnered with Georgetown University and its Juvenile Justice Center for Reform to gather research on best practices, which include strengthening its collaboration with law enforcement, and other agencies such as the Department of Children And Families.

“We’re no longer throwing paint on the walls,” Daly notes. “Now we know how to pick the color and which wall to paint the right way.”

As the agency looks at new approaches, so are state lawmakers and justice advocates. There is now a push to lower arrests through civil citations, which are tickets for kids who commit a small offense for the first time. It is proven to reduce their chance of getting arrested again. Orange County has joined over counties in that program in the past few years.

But for higher risk kids who are likely to get arrested again and again, Daly insists that there is a need for more support.

26-year-old Marquis McKenzie, who was sent to prison at fourteen years old for an armed buglary, feels that now. Good behavior and community service got him out of prison and off of probation early, but past mistakes and a record have felt like an added sentence.

He can’t vote. It will be harder for him to get a home loan, and he will have to check a box on job applications indicating that he committed a felony. He is slowly working to build up his cleaning business, but his criminal past keeps him from his biggest goal: to get back behind bars to encourage kids who were like him.

“Put me in front of them. I’ don’t want nothing. I don’t want any money. I just want to give them motivation.”

This story is the fourth of Renata Sago’s five-part series on Orange County’s high juvenile arrest rate, Young & Arrested. Visit the series page for all of the stories.