Harris Wanted To Talk About Migration, But Instead Got Pushed On A Border Visit 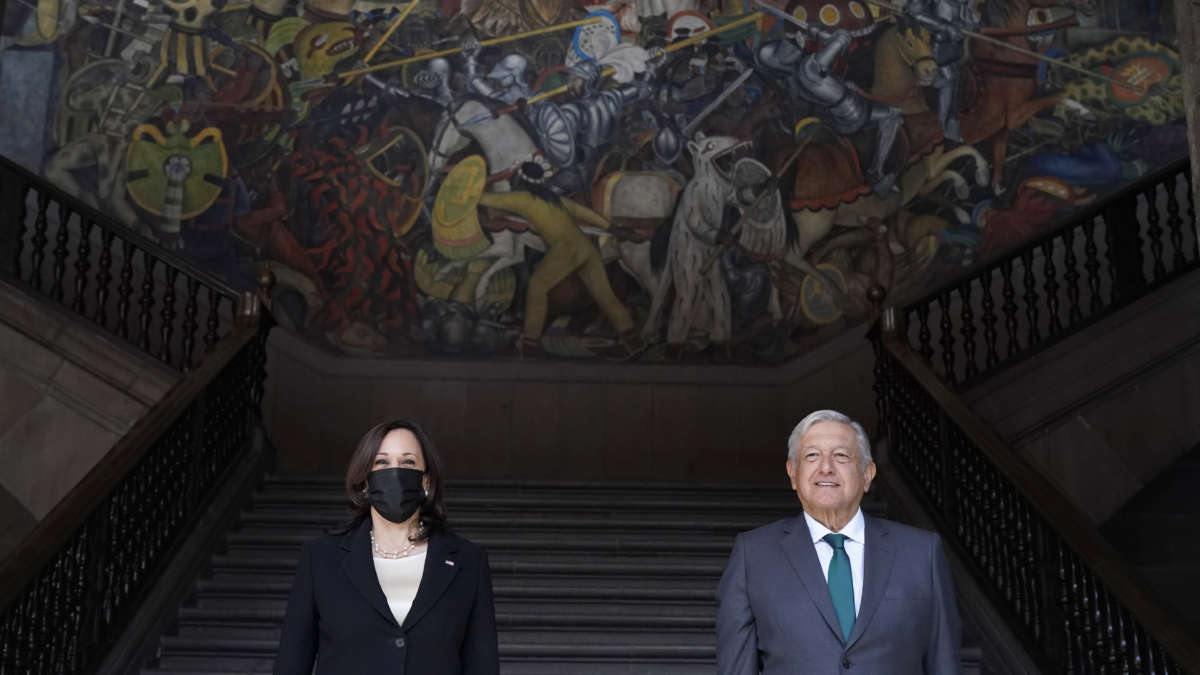 Vice President Harris wrapped up a three-day visit to Guatemala and Mexico on Tuesday, a trip where she sought to focus on the root causes of migration from Central America to the United States that became overshadowed by questions about why she hasn’t traveled to the border, where record numbers of people have been trying to seek asylum.

In an interview that aired Tuesday morning on NBC’s Today show, Harris was pressed about why she has yet to visit the U.S.-Mexico border, as she has been urged to do by lawmakers from both parties.

Harris flashed irritation. “And I haven’t been to Europe. And I mean, I don’t understand the point that you’re making. I’m not discounting the importance of the border,” she said, making the point that she was focused on solving the border problem at its source.

Her answer fueled Republican criticism back at home. And she expressed more frustration with reporters traveling with her, when she was repeatedly asked about it. “Listen, I’ve been to the border before. I will go again,” Harris said.

“But when I’m in Guatemala dealing with root causes, I think we should have a conversation about what’s going on in Guatemala,” she said.

Harris ended her trip by trying to put a finer point on her mission. “The problem at the border in large part, if not entirely, stems from the problems in these countries,” she told reporters during an lengthy explanation of her assignment and how she was going about it.

“What I know is if we are to address the issues that impact the southern border … we have to have the ability to address the root causes of why people leave,” she said.

She said the problems were “generational” and could not be quickly solved, recounting the conversations she had with leaders and civil society about corruption, security and economic development.

Defense from the White House

The Biden administration has struggled with the humanitarian crisis of housing the record number of migrants coming to the border in recent months. Polls show Americans are concerned about how the administration is handling the issue. There’s political pressure both from people who want to see more migrants stopped — and from people who want Biden to pass sweeping immigration reforms.

It was in that context that President Biden gave Harris the assignment of finding ways to address the root causes of the problem — an assignment that he, too, had in when he was vice president.

Harris’ trip came up in the White House press briefing room on Tuesday, too, where, Biden’s press secretary Jen Psaki said that Harris “may go to the border” at some point.

Psaki rejected Republican criticism of Harris’ lack of a visit to the border, saying the administration is “not taking our guidance and advice from them, but if it is constructive and it moves the ball forward for her to visit the border, she certainly may do that.”

Harris also faced criticism earlier on her trip, after she told people considering migrating to the U.S. from the region, “Do not come.” Democratic Rep. Alexandria Ocasio-Cortez called Harris’ forceful statement “disappointing” and said that “seeking asylum at any US border is a 100% legal method of arrival.”

Asked about that criticism, Psaki said that a priority of the administration “is to improve asylum processing at the border” but that “we need more time to get the work done to ensure that asylum processing is where it should be.”

Harris signed an agreement on Tuesday at a meeting with Mexico’s President Andrés Manuel López Obrador, agreeing to work together on economic opportunities in northern Central America. The White House said the two governments will work together “to foster agricultural development and youth empowerment programs in El Salvador, Honduras and Guatemala and will co-create and co-manage a partnership program enabling them to better deliver, measure, and communicate about assistance to the region.”

The U.S. is also investing $130 million in technical assistance over three years as Mexico works on labor legislation and programs to improve working conditions and address child and forced labor.