Half Of States Are Ending Pandemic Jobless Aid Early, And The Economy Could Suffer 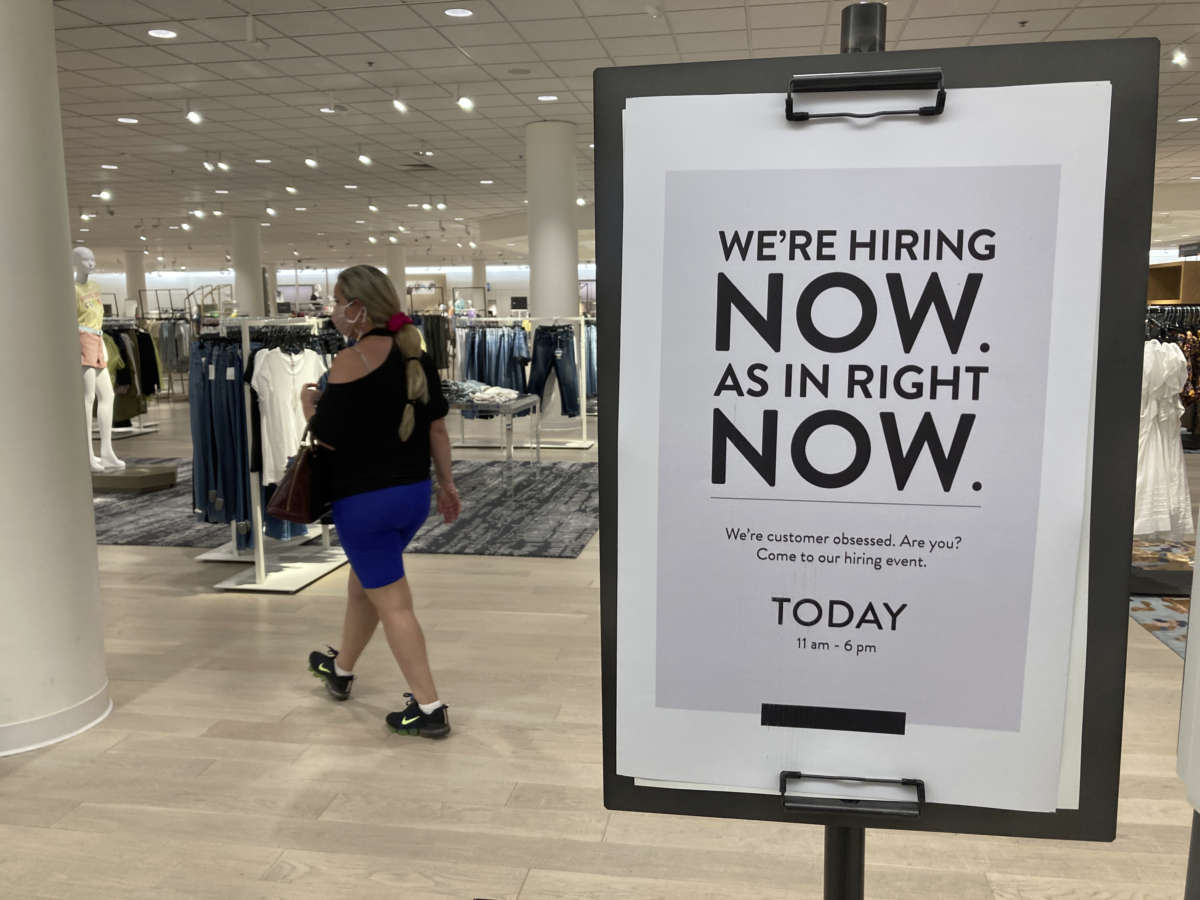 As the economic recovery picks up steam, new claims for state unemployment benefits have fallen to the lowest level since the start of the pandemic. And, citing a severe shortage of workers, half of the nation’s governors have decided to end extra federal jobless benefits early — well before they’re due to expire in early September.

But cutting off those extra benefits — which amount to about $10 billion per week — is a big mistake that could hurt the economy just as it’s getting back on its feet, said Dan Alpert, a senior fellow in macroeconomics and finance at Cornell Law School.

“If we terminate those benefits earlier, as many Republicans have suggested, what we’re going to be doing is bringing forward a contraction in spending,” Alpert said in an interview with NPR’s Steve Inskeep on Morning Edition. “And that’s really going to be a problem … not just for the households, but for the local economies as well.”

Why it’s so difficult to fill low-wage jobs

Alpert said state and federal benefits average about $750 per week across the country, and that can make it difficult for employers in lower-paying jobs to fill openings.

“It’s just common sense,” he said. “If you’re paying $500 a week to your employers, you’re not going to get somebody who’s receiving $750 in benefits back to work.”

But when those benefits run out, Alpert said, “this $10 billion a week, that’s going to be eliminated when these people resume those low-income jobs. And that’s a big problem for the recovery from the pandemic.”

He said it makes no sense for governors to cut off those federal benefits because those receiving $750 a week are “spending pretty much all that money into the economy. So … you’re effectively removing that money” from the economy.

“While these federal programs provided important temporary relief, vaccines and jobs are now in good supply,” Hogan said. He said businesses “are trying to hire more people, but many are facing severe worker shortages.”

It’s not just Maryland. A lack of available workers has been cited around the country.

“It remained difficult for many firms to hire new workers, especially low-wage hourly workers, truck drivers, and skilled tradespeople,” the Federal Reserve said this week in its latest report on economic activity.

Wages are starting to rise as an incentive to hiring

And, the central bank said, a growing number of employers are offering signing bonuses and increased starting wages to attract workers. In its April employment report, the Labor Department said the rising demand for labor as the economy rebounds from the pandemic “may have put upward pressure on wages.”

Average hourly earnings jumped 21 cents in April, to $30.17, though the year-over-year increase was just 0.3%. In May, private economists estimate that earnings surged more than 1% over the past 12 months.

The official jobs report for last month is due from the Labor Department on Friday. Private analysts project that the economy added more than 600,000 jobs in May, up from the weaker-than-expected 266,000 jobs added in April.

“At the current rate, we should be around the typical pre-COVID level for state claims — about 200,000 — later this summer,” said Robert Frick, corporate economist at Navy Federal Credit Union.