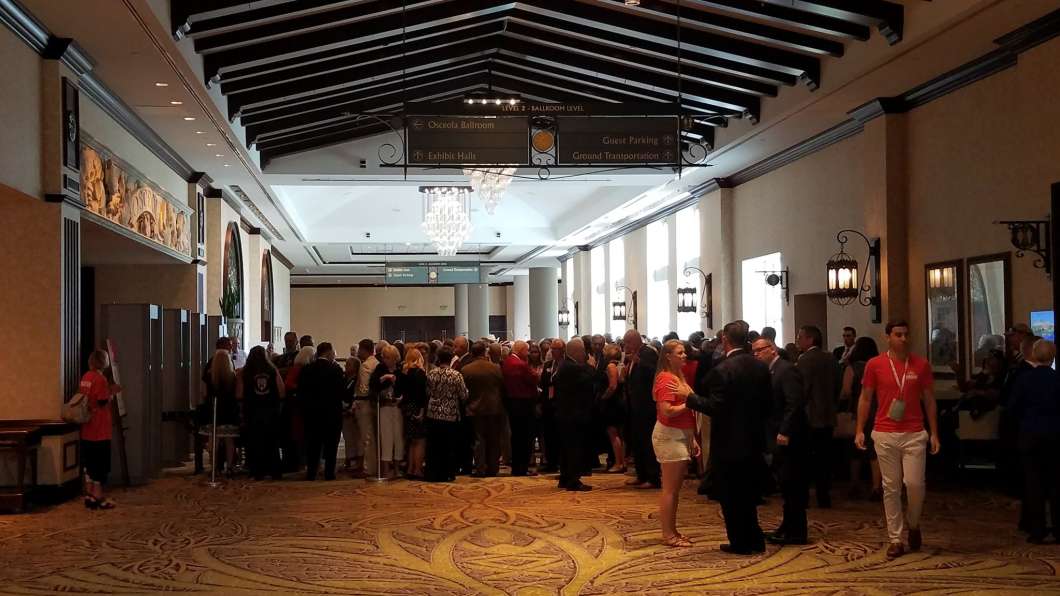 The Republican Party of Florida kicks off its annual Sunshine Summit in Kissimmee.

The two day-summit will host a GOP gubernatorial debate and a day-long panel of speakers including Republican lawmakers, pundits and candidates.

In a recent Fox News poll, Putnam holds a substantial lead over DeSantis, and also has raised more money. But a recent endorsement of DeSantis by President Trump could narrow the gap. The president took to Twitter to praise DeSantis’ stance on border security, crime and tax cuts.

Congressman Ron DeSantis, a top student at Yale and Harvard Law School, is running for Governor of the Great State of Florida. Ron is strong on Borders, tough on Crime & big on Cutting Taxes – Loves our Military & our Vets. He will be a Great Governor & has my full Endorsement!

The Trump administration’s immigration policy is sparking debate in many congressional races, and will spark conversation at the summit, said Florida GOP Chair Blaise Ingoglia.

“I think that immigration will take place in a lot of conversations, especially in these congressional districts because this is a federal issue,” Ingoglia told 90.7’s Intersection.

Despite immigration policy grabbing headlines, Ingoglia he believes voters are focused on the economy. “I think that the campaigns are going to be dominated and won on the economy,” he said. “I think a lot of the people are discounted the effect of this economy and how great this economy is going.”

Congressional candidates at the summit said national issues are defining local elections. “Right now I think the hot topic is immigration and the second amendment,” said Bill Akins, a Republican Congressional candidate. “People feel like they’re just nibbling away at the second amendment and of course we all want to put a stop to that. And immigration, we need to get the border under control. We understand people wanting to come here, but they need to go about it the right way.”

Florida Chairman Ingoglia said state races, like the Governor’s race, will focus more on the environment and developing business in the Sunshine State

The debate is scheduled for 6:30 p.m. and will air nationally on Fox News.