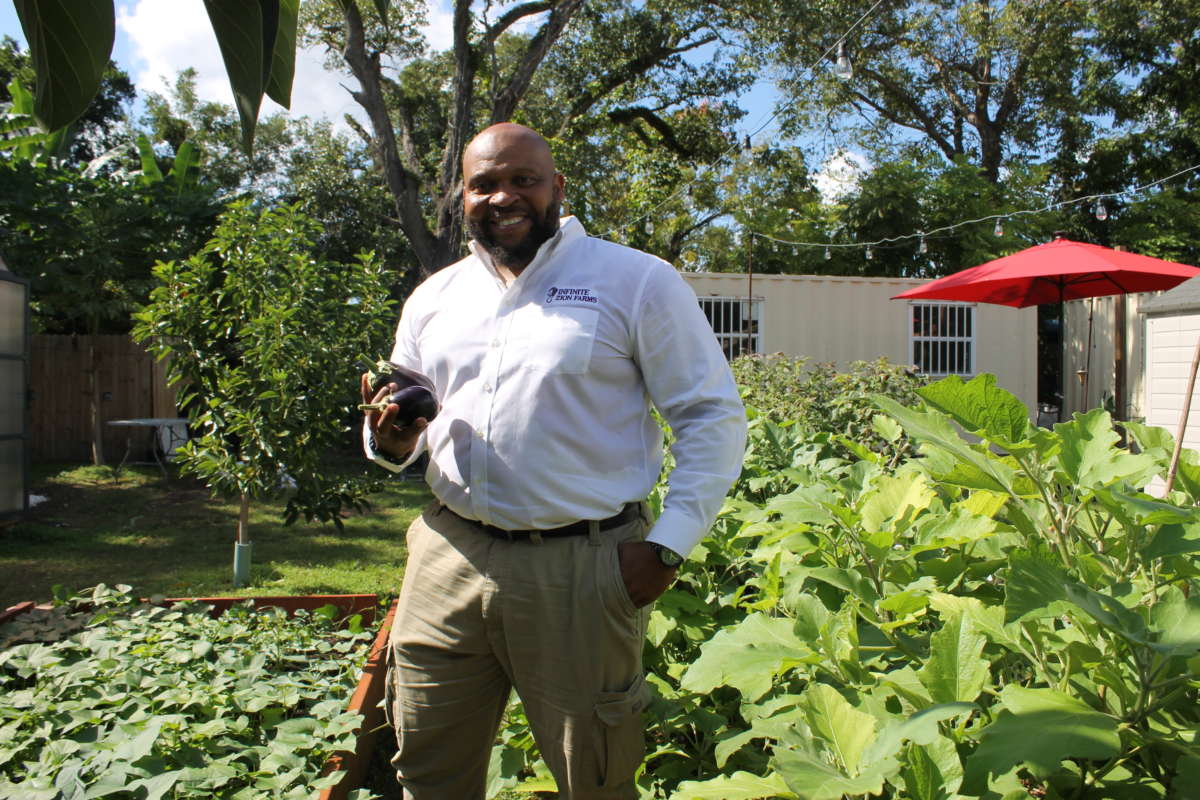 Two years ago, Ray Warthen broke ground on an urban farm in the heart of Parramore. Now the farm is producing collard greens, eggplant, tomatoes and okra, and honey from hives that are home to about 30,000 bees.

Infinite Zion Farms founder Warthen is working to cultivate an oasis of fresh produce in a food desert. He also wants to help the community transform their approach to food and their own backyards.

Warthen describes himself as a fifth generation farmer whose great, great uncle was Julius ‘July’ Perry, the Ocoee farmer who was murdered by a white mob 100 years ago for defending the voting rights of Black residents.

Warthen says part of his mission is to show residents of Parramore the value of organic, locally grown produce.

“Once you see the benefits of a healthy community and people tasting their fruits and vegetables right from the tree, how it changes their life, once you try okra and your first tomato off a tree, it’s hard to go back to the stuff on the store,” he says.

“So it’s critical that we have fresh organic produce for the community. That changes the dynamic and the history, and also for the kids: that’s the biggest part, and their elders, some of who have never even tried some of the produce that we produce out of the garden.”

Infinite Zion has a CSA program offering fresh produce to residents for a subscription. Warthen hopes the farm can help the neighborhood as well.

“I’m trying to teach people not only farming but sustainability at the same time,” he says.

“I just set up a raised bed this morning for my next door neighbor’s house right over here. We just set up a full a raised bed in front of his house and my neighbor behind us has a 15 foot tall banana tree you can see over the greenhouse. His backyard was blank before we got here. So slowly, we are encouraging and pretty much helping the community realize the benefits of having your own farm.”