From The Pages of Orlando Weekly: The 100 Mile Border Zone and The Fourth Amendment 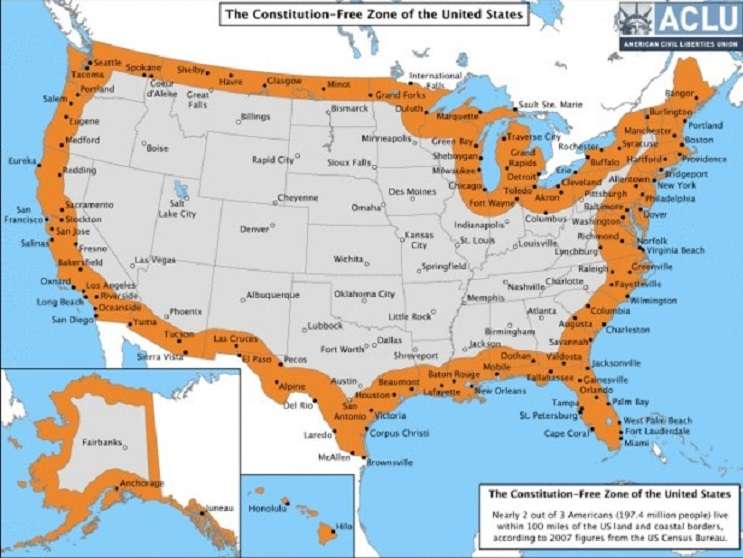 On Monday, President Trump tweeted that starting next week, the U.S. Immigration and Customs Enforcement agency would conduct mass arrests with the hopes of deporting millions of migrants.

It’s unclear how ICE could immediately deport “millions” of people. Such an operation would require thousands of agents, however, ICE acting director Mark Morgan has vowed to crack down on immigrants living in the U.S. “illegally,” adding that the agency would also focus on families.

This is especially concerning for states like Florida, where the entire state falls into the government’s 100-mile border zone.

The Fourth Amendment protects Americans from random and arbitrary stops and searches. That does not fully apply at border crossings, though. At ports of entry, authorities do not need a warrant or even suspicion of wrongdoing to justify searching luggage or a vehicle. But, Border Patrol agents often interpret this freedom from protection to apply throughout the border zone, not just at crossings.

Federal border agents are stopping, interrogating and searching Americans on an everyday basis with no suspicion of wrongdoing, essentially going on fishing expeditions for undocumented immigrants.

Because our coastal areas are the most populous, two out of three Americans live in the border zone. It’s important for everyone to know their Constitutional rights, regardless of their home address.