From the Pages of Orlando Weekly: Florida Cooks The Books On COVID 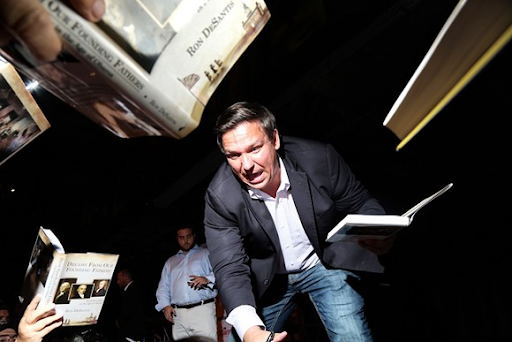 A little over a year ago, at a White House press conference, President Trump said a really amazing thing about COVID-19.

“Think of this,” he said. “If we did half the testing, we would have half the cases.”

This statement so stupendously contradicts reality, it’s almost difficult to take in.

But the ex-president was known for sometimes mangled phrasing when speaking off the cuff. So his meaning was clarified when he then said that if the U.S. didn’t test people for COVID, then you wouldn’t have “all the headlines.”

What’s more important here, controlling the narrative? Or controlling a disease that is killing a 9/11’s worth of Americans every day?

Florida is currently taking a page out of Trump’s playbook when it comes to reporting COVID numbers. As the Delta surge began, the state Department of Health changed the way it reported death data to the CDC. The most recent weekly report showed 46 “new deaths” per day over the previous seven days. Reporting by the Miami Herald reveals that had the health department used its former reporting system, the death data would have shown an average of 262 daily deaths.

It’s a scandal that so many are dying in Florida, but there’s no word permitted on the radio for Florida’s attempt to hide those unnecessary deaths.