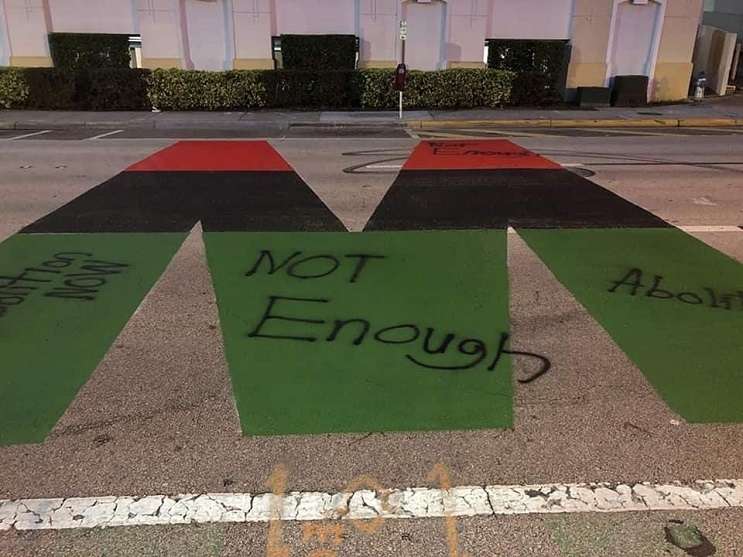 They say the road to hell is paved with good intentions. Few would claim that city leaders had anything but the best intentions in mind when they painted the words “Black Lives Matter” in letters 30 feet high on the surface of Rosalind Avenue. But many Orlando residents, Black and white alike, question the utility of the mural.

Last Friday Orlando volunteers finished painting the 400-foot-long statement in Pan-African colors. But as is so often the case in the nation’s discourse, anonymous commenters had something to add. Overnight, the phrases “Defund OPD” and “Not enough,” among others, were spray-painted across the giant letters.

Orlando Mayor Buddy Dyer said he was “deeply saddened that a symbol of our commitment to ending racial inequality” was “vandalized.” But some felt the graffiti raised valid points.

Miles Mulrain Jr., CEO of Pine Hills nonprofit Let Your Voice Be Heard, says that there was no structural change in the city before the mural was announced. He points out that there are OPD officers with a proven history of abuse that are still employed by the city.

It’s incumbent upon the city now to back up its pretty words with action. Otherwise that red, green and black painting will be just so much whitewash.