From slavery to socialism, new legislation restricts what teachers can discuss 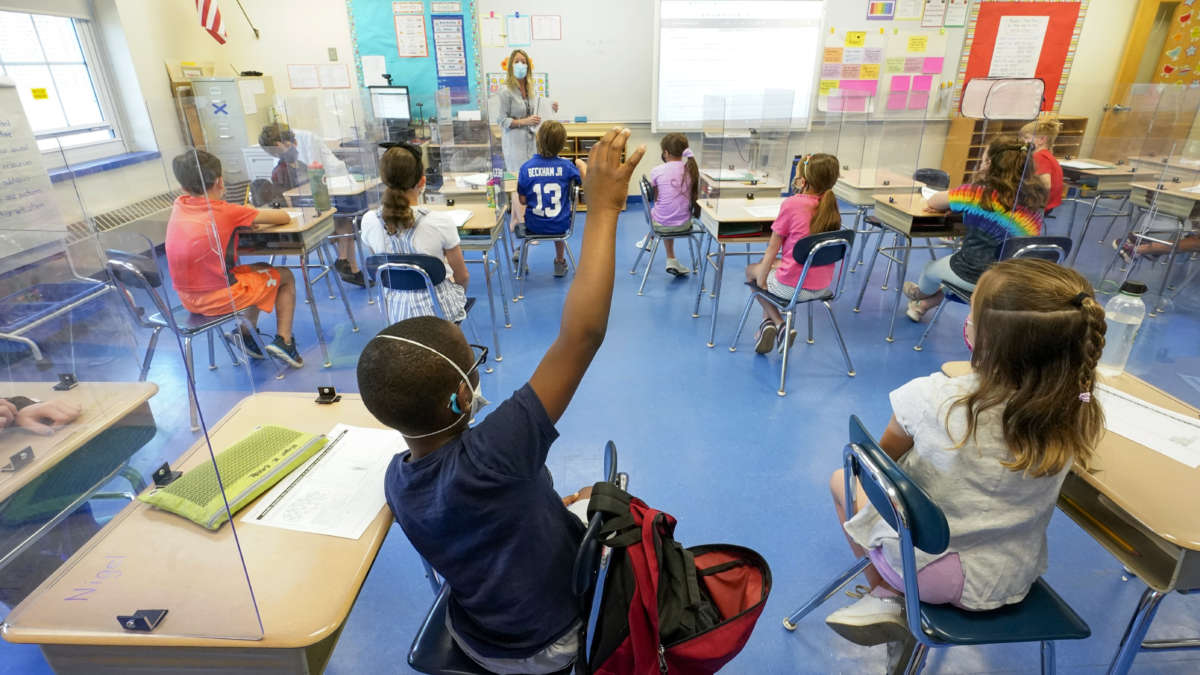 Across the U.S., educators are being censored for broaching controversial topics. Since January 2021, researcher Jeffrey Sachs says, 35 states have introduced 137 bills limiting what schools can teach with regard to race, American history, politics, sexual orientation and gender identity.

Sachs has been tracking this legislation for PEN America, a writers organization dedicated to free speech. He says the recent flurry of legislation has created a “minefield” for educators trying to figure out how to teach topics such as slavery, Jim Crow laws or the Holocaust. One proposed law in South Carolina, for instance, prohibits teachers from discussing any topic that creates “discomfort, guilt or anguish” on the basis of political belief.

“That means that a teacher would have to be very, very careful about how they discuss something like, let’s say, fascism or racism or antisemitism,” Sachs says. “These are political beliefs, and it means that teachers are going to have to second-guess whether they can describe that political belief in as forthright and honest a way as we wish for fear of falling afoul of this bill.”

Critical race theory, an academic approach that examines how race and racism function in American institutions, has inspired a backlash in conservative circles across the United States. In one of his first acts in office, Glenn Youngkin, the Republican governor of Virginia, established a hotline to allow parents or members of the community to report critical race theory in the classroom. Meanwhile, in New Hampshire, a conservative mom’s group is offering a $500 bounty to catch teachers who break a state law prohibiting certain teachings about racism and sexism.

“I think it must be a very terrifying time to be an educator at any level in higher ed or in K-12,” Sachs says.

“You have, unfortunately, the kinds of daily stressors that we’ve all become used to because of COVID,” he says. “And now on top of that, these educators are trying to negotiate outraged parents and media pundits. … When you listen to what educators are saying, they’re burned out, and many of them, I think, will head for the exits.”

Some of the bills — I would say many now — include a provision that says something to the effect of: Teachers cannot be compelled to discuss a controversial contemporary issue, but if they do, they must do so evenhandedly and without any kind of favoritism. However, many of those same bills also would require teachers to denounce, in the strongest possible terms, ideas like Marxism or socialism.

The issue there, among many others, is that it’s a bill requiring students to be exposed to this litany of claims about different ideologies. And it also requires that in doing so, teachers cannot show favoritism or bias in any one direction. In other words, it’s a bill that can’t possibly actually work. Teachers are being pulled in two different directions, and the consequence is going to be a kind of self-censorship.

On bills that address sexuality, gender and LGBTQ issues

We see as well many bills requiring teachers to report to parents if their children are asking questions about their gender identity, and in many cases as well — for instance, in a Florida bill — that prohibit teachers from “encouraging any conversation about sex and sexuality.”

So it really puts teachers in an impossible situation. In a contemporary high school or middle school, even earlier in elementary school, these sorts of topics arise. And in particular, it would put LGBTQ teachers in a really difficult situation where they’re forced, essentially, to disguise their identity or the status of their relationships in order to fend off running afoul of these bills.

It often gets dismissively described as “woke ideas,” and more broadly, I think we would just describe these ideas that we’re talking about as socially liberal ideas. And unfortunately, what we’re seeing is in countries like Russia, China, in Turkey, in Hungary, we are seeing these regimes targeting educational institutions and other sites of cultural production like museums or the media, [as] an attempt to drive these ideas out — to signal that to be a “real” Russian or to be a “true” Hungarian, one must be straight, one must be socially conservative. These efforts underway in these regimes, that are either authoritarian or unfortunately trending in that direction, all signal the kind of political energy that leaders believe they can get by attacking these ideas.

On a new law that addresses the concept of systemic racism

There’s a law currently on the books in North Dakota that was passed last November after just five days of consideration that has me up at night. This is a law that attempts to prohibit critical race theory in K-12 schools, and I just want to reemphasize here this is not a law that prohibits people from endorsing or promoting critical race theory. It’s a law that forbids them from even including critical race theory in the classroom. And the way that that law defines critical race theory is what has me so concerned: … “critical race theory, which is defined as the theory that racism is not merely the product of learned individual bias or prejudice, but that racism is systemically embedded in American society and the American legal system to facilitate racial inequality.” In other words, the law now is saying that whenever a teacher talks about racism, they may only describe it as a product of an individual’s own biases or prejudices. They cannot describe it — even when the facts command them to — as something more endemic or embedded within American society. It’s a way essentially of preventing teachers, I think, from being honest about a lot of the uglier sides of American history and contemporary society.

Whenever you discuss slavery, your teacher would have to essentially say, “These slaveholders were racist.” The system that they were in, the laws that supported them, the economy that made that business profitable, you’d have to separate those institutional features and describe slavery purely as a product of individual bias, which does violence to the topic. It fails to educate students, and I think might discourage students from thinking critically about contemporary institutions and identifying whether or not they also might be guilty of systemic racism.

The origins here … go back to that summer of 2020. There’s a researcher there named Christopher Rufo, who was then with the Discovery Institute in Seattle. This is in a conservative educational institute centered around the promotion of intelligent design. And Christopher Rufo wrote a series of articles for an online website called City Journal. And in his City Journal articles, he detailed what he described as indoctrination in K-12 schools or in employee training programs in businesses or state agencies, programs that he said were training people to become critical race theorists.

Those articles caught the attention of Tucker Carlson, the Fox News host, and Rufo appeared on his program in early September of 2020. The very next day, he received a phone call from Mark Meadows, then chief of staff for the Trump administration. Apparently, Trump had watched the program that evening. He’d seen what Rufo had to say, and within a matter of days, Rufo was in conversation with the Trump administration on some sort of legislative or executive response. The product of that conversation was Trump’s executive order in late September, where he prohibited any state agency from discussing certain ideas as part of employee training or [training for] a state contractor that wishes to do business with the federal government.

Amy Salit and Thea Chaloner produced and edited the audio of this interview. Bridget Bentz, Molly Seavy-Nesper and Lauren Migaki adapted it for the web.