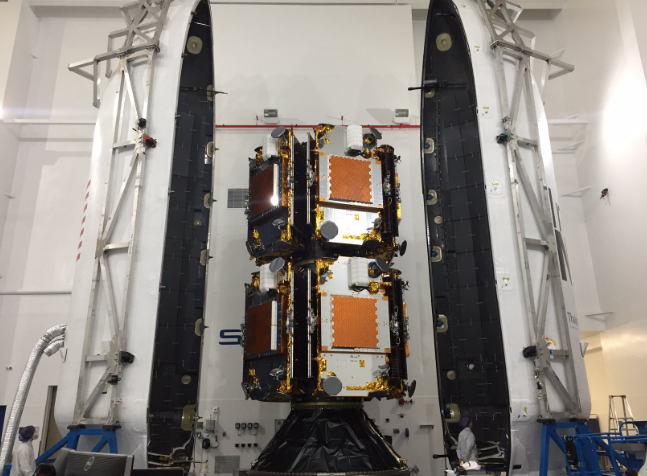 Ten Iridium NEXT satellites are stacked and encapsulated in the Falcon 9 fairing ahead of Sunday's launch attempt. Photo: Iridium Corporate / Twitter

SpaceX plans to return to flight Saturday after an accident this summer grounded the fleet. It hoped to launch earlier this week, but weather forced launch officials to find a new date.

During a routine test, a Falcon 9 rocket exploded at Cape Canaveral’s Space Launch Complex 40, destroying the rocket and satellite, and damaging the pad.

After a four month investigation SpaceX says it figured out the cause of the explosion: a failed helium pressure tank.

Now, the private space company is ready to return to flight, launching a fleet of commercial communication satellites from a pad at Vandenberg Air Force Station in California. Launch technicians completed a test fire of the rocket this week – the same test that caused September’s explosion.

SpaceX plans to return to flight on Florida’s Space Coast later this month.