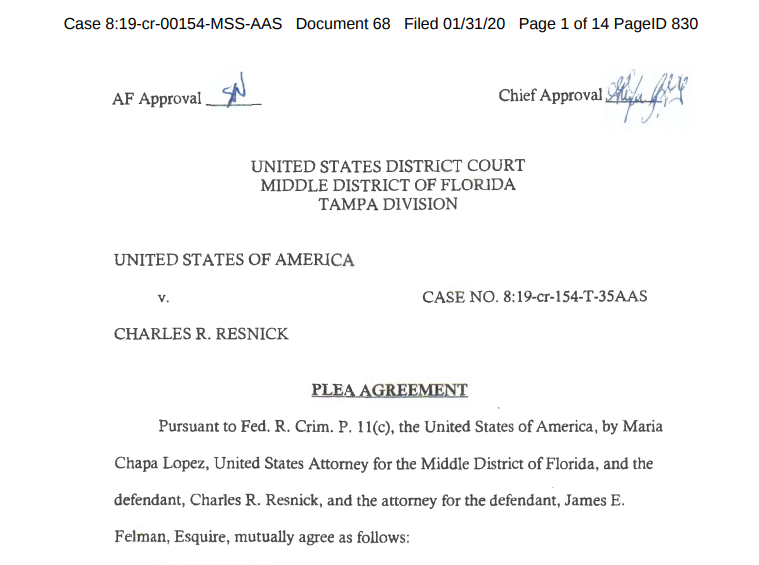 Charles Resnik was once the chief economist of CASIS — the non-profit organization responsible for managing U.S. science experiments on the station.

According to court records, Resnik is pleading guilty to one count of tax fraud. He faces up to three years in prison, supervised release and could be responsible for paying any back-owed taxes. The other charges will be dropped.

CASIS cut ties with Resnik after discovering his actions.