Forecasters Are Monitoring Three Areas of Interest in the Tropics 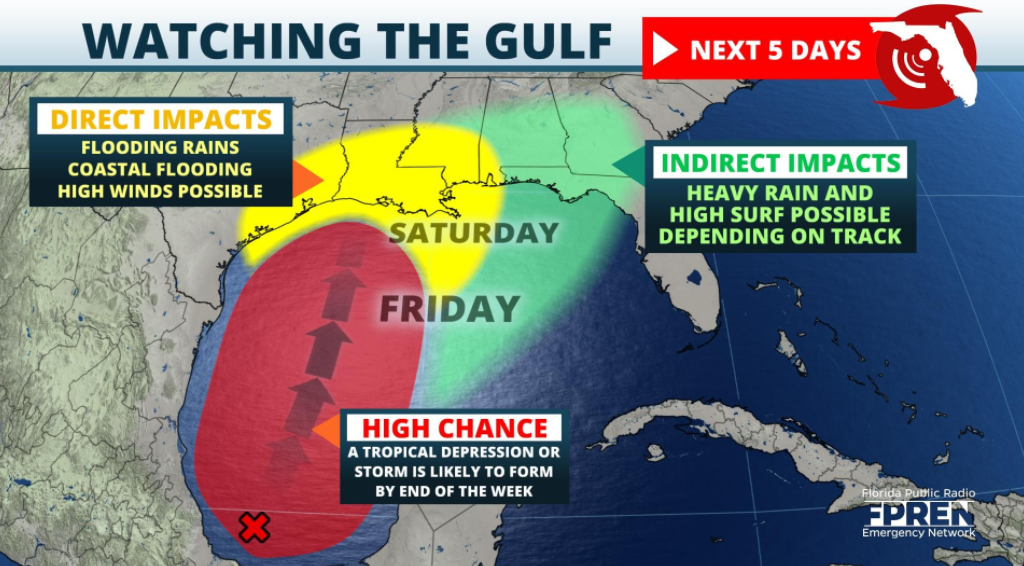 Forecasters are monitoring three areas of interest in the tropics, including Tropical Storm Bill moving rapidly away from the North Carolina coast, a disturbance in the southwestern Gulf of Mexico, and a tropical wave near the coast of Africa.

Meteorologist Ray Hawthorne says the disturbance in the Gulf is likely to bring rain to a large portion of the Gulf coast toward the upcoming weekend.

“We may get another boost in moisture toward the upcoming weekend depending on the eventual track of the disturbance in the southwest Gulf. Our best estimate keeps this developing tropical system – which is likely to become a depression or named storm late this week – on a general path toward the western Gulf coast, but rain chances may go up if the system nudges more toward the east.”

The National Hurricane Center is also following a strong tropical wave near the coast of Africa. They say it has a small chance of becoming a short-lived depression or tropical storm before weakening late this week over the open tropical Atlantic Ocean.