For Sugar Environmental Impact In Florida, Look To Policy Rather Than Pollution 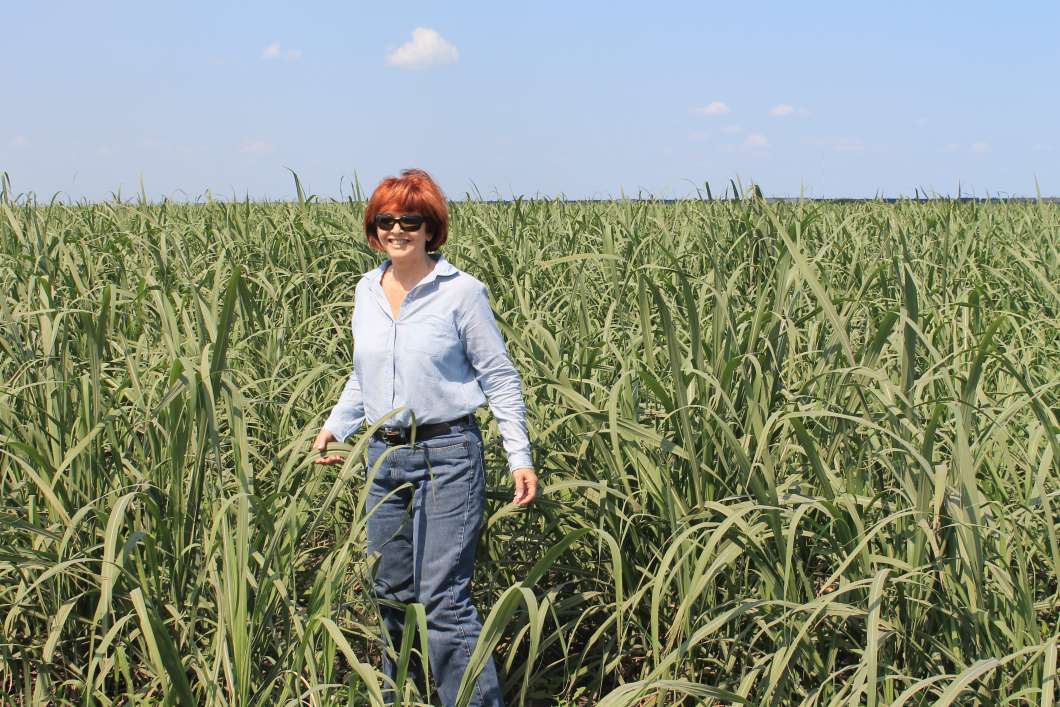 Florida is the nation’s largest producer of sugar cane, responsible for half of the country’s crop.

Sugar’s environmental impact here is bitterly debated as work now begins among the sprawling fields south of Lake Okeechobee on a reservoir aimed at Everglades restoration.

A quarter of the nation’s sugar comes from Florida’s Everglades Agricultural Area. Here where the river of grass once flowed cane fields stretch to every horizon, green and swaying.

“This is farm water.”

Judy Sanchez of the U.S. Sugar Corporation points at a canal coursing among the fields.

“When it goes across the road into the Miami Canal that becomes water that flows to the Everglades.”

Sanchez says pumps like this one monitor water quality. Photo by Amy Green

On the canal’s sandy bank sits the tiny tin home of a pump, one of thousands throughout the region sampling water as part of a state effort aimed at reducing the amount of phosphorus flowing south to the Everglades. Phosphorus is a fertilizer component and pollutant of the river of grass, feeding algae and non-native vegetation.

The effort is working. Phosphorus pollution here is down about 50 percent from the late 1980s. State law requires only a 25 percent reduction, a standard growers helped establish, and today Sanchez says Everglades water quality is close to the federal and state limit on phosphorus.

“If what we’re farming is not sustainable with our natural environment and with the laws that are protecting the Everglades then we can’t farm. So that’s why farmers are not just meeting the 25 percent. We’re solving the problem.”

Debate over sugar’s environmental impact in Florida has intensified in recent years as toxic algae blooms prompted emergency declarations in four counties and a hotly contested legislative effort for a reservoir south of Lake Okeechobee. Work now is underway on the reservoir aimed at alleviating the toxic blooms and delivering fresh water for the river of grass.

What is the impact? A review of government and independent studies and interviews with experts reveal growers are not the polluters they are made out to be but are a force in the policy behind a $17 billion dollar restoration of the Everglades, the world’s largest of its kind ever.

Their spending on political campaigns affords them considerable influence over the watershed that supports the drinking water of more than a third of Floridians. Growers have helped establish and even delay environmental standards, undermined a state constitutional amendment calling on polluters to pay for clean-up and Goforth says slowed construction of the reservoir south of the state’s largest lake by at least a decade.

“It should have been constructed by 2009. So it would have helped these large algae blooms in the past few years.”

Work was underway on what was to be the largest man-made reservoir in the world when leaders announced in 2008 the state would buy out U.S. Sugar and put the land toward Everglades restoration. The reservoir effort stopped as the state focused instead on the sugar land. Eventually the recession forced the state to downsize the deal, and U-S Sugar decided it didn’t want to sell. The growers bitterly fought this spring’s legislative effort for reviving the reservoir, arguing it represented an economic threat.

Meanwhile sugar growers contributed some $7 million to state races during the 2016 election cycle, according to records out of the Florida Division of Elections, and $8 million to federal ones, the most ever, according to the Center for Responsive Politics.

Clean Water For The River Of Grass

“There’s a lot of public subsidy, if you will, to help the sugar cane farmers achieve the water quality standards of the Everglades, and quite frankly the standards have not yet been met.”

Goforth points out as close as Everglades water quality is to the federal and state limit on phosphorus, it is not compliant even with significant state help.

South of the cane fields, the canals and pumps sampling the water Eric Eikenberg is on an airboat in the Everglades, but the boat won’t start.

Here the water is relatively clean of phosphorus. Pickleweed, pontederia and sawgrass sprout among the watery sloughs. Islands of cypress trees loom dark in the distance. Here’s Eikenberg of the Everglades Foundation.

“Just south of all those sugar fields we have roughly 65- to 70-thousand acres of man-made wetlands, and those wetlands effectively filtrate, they remove the pollution from the water so that you’re delivering clean fresh water south of those sugar fields.”

The state spent some $2 billion on the wetlands. Growers have invested hundreds of millions of dollars in their own clean-up efforts, called best management practices, which they helped establish and include things like minimizing fertilizer use.

Finally the boat starts. It glides noisily along the watery trails of the prairie. Growers say they are proud of their efforts and that the crop is among the best for the land, able to withstand about an inch of standing water and obviously cleaner than, say, another Florida metropolis. The state says additional projects eventually will bring Everglades water into full compliance.