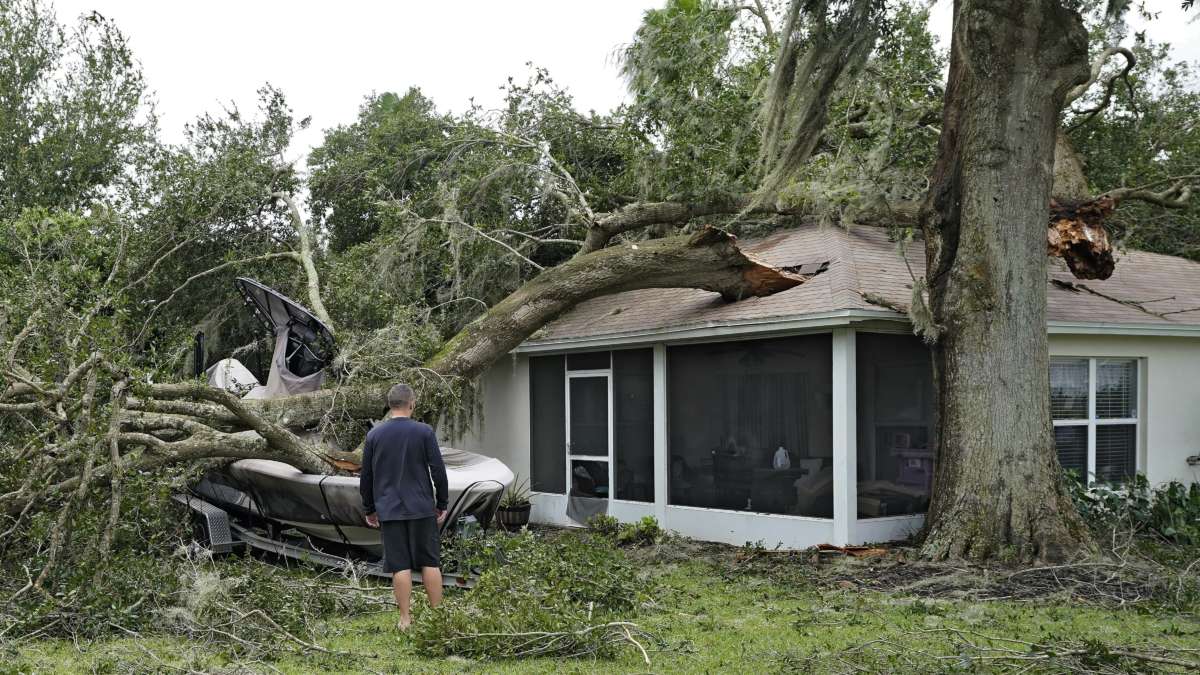 People survey damage to their home in the aftermath of Hurricane Ian, Thursday, Sept. 29, 2022, in Valrico, Fla. (AP Photo/Chris O'Meara)

Rescues due to flooding after Hurricane Ian are ongoing Thursday, according to Orange County Public Safety Director Danny Banks.

Banks says that while no fatalities have been reported some people are trapped in their homes by the high waters.

He says the Florida National Guard is here helping with rescues.

“Fortunately, that we know we haven’t lost any lives yet in Orange County, but a lot of that is due to, we think people heeding the warning and being prepared for flooding. And now that they’re seeing flooding, making those quick calls and us having the resources that are now going to be supported by the National Guard to actually go in to these neighborhoods that are seeing those increased water levels, and be able to get people out successfully.”

Officials are warning people to stay off the roads as driving through high flood waters could result in accidental drowning or electrocution.

Impacts from heavy rain caused by #HurricaneIan has brought catastrophic flooding to parts of Florida.

If you find yourself trapped in an area that is flooded:
🌊 Get to the highest level of the building
🌊 Do NOT wade in floodwater
🌊 Keep generators on a flat, dry surface pic.twitter.com/Bx8iAAcjH3