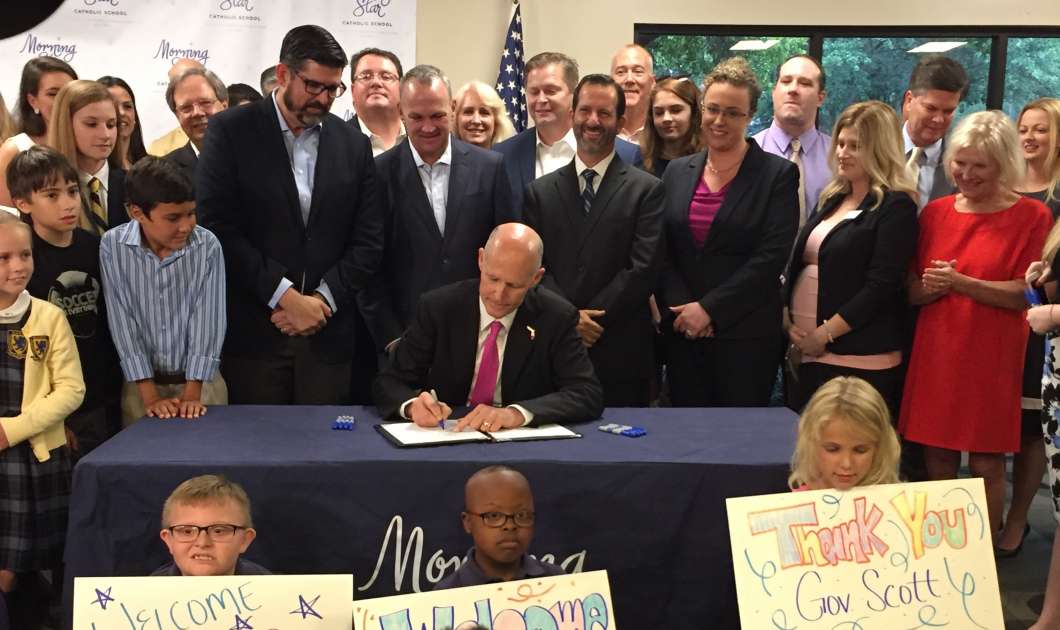 The law expands funding for children with unique abilities. It mandates recess for students at public elementary schools; it continues a pay bonus program based on teachers’ SAT and ACT scores; and it allots $140 million to privately-run charter schools, which are subject to less scrutiny from the state.

The steering of funds to charter schools has drawn ire from education groups, including Orange County Public Schools. They argue the state funds should be managed locally and distributed to struggling public schools without adequate resources.

“They could go in and take schools that the state deems failing and they can go in and take them over and they have absolutely no oversight and ability. They don’t even have to hire certified teachers.” said Joanne McCall, president of the Florida Education Association.

Several groups protested the measure Thursday afternoon ahead of its signing.

But Scott said the new law will help public schools.

The law includes $30 million extra for a program that provides services to disabled children. It also mandates civics classes for college students.

Scott said in a statement he will sign the bill because it increases school choice options for Florida parents.

The legislation was a top priority for House Speaker Richard Corcoran.