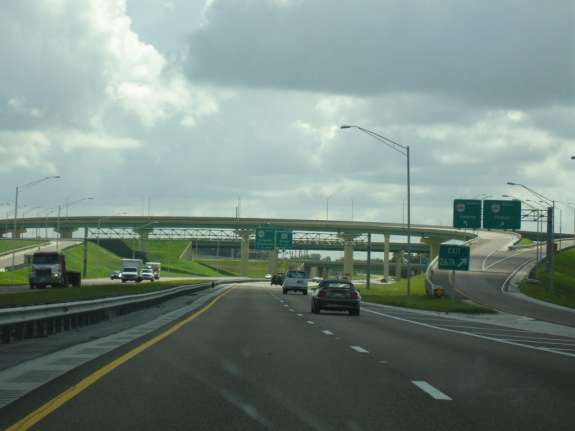 FDOT is placing blue and white signs near all 64 rest areas to show drivers where they can pull over to text and make calls. Photo: Wikimedia Commons.

When drivers approach any of the state’s 64 rest areas or plazas, they will see a blue and white sign that lets them know they can pull over to safely text and make calls.

FDOT officials hope the signs will remind people to focus on driving while on the roads. The department estimates crashes caused by distracted driving have gone up 25% in the past three years.

“People think that driving is unencumbered time. ‘Oh, I’ll make a call. I’ll eat. I’ll put my makeup on. If they can start treating driving as their primary job to get from Point A safely to Point B, not only will they be safer, their passengers in the car and the other drivers will be safer,” said Florida Highway Patrol major Cindy Williams at a press conference.

Starting this summer, the Florida Highway Patrol plans to focus more on enforcing texting while driving and seat belt laws.

“You will see a big presence of the Florida Highway Patrol out there enforcing the move over laws, the driving, the no texting while driving and the no seat belt laws, to make our drivers safer, Williams said.  “But what we’re asking people to do is police themselves.”

The “Safe Phone Zones” program is part of a two-year public-private partnership with GEICO. FDOT officials said money from that agreement will maintain the rest areas.