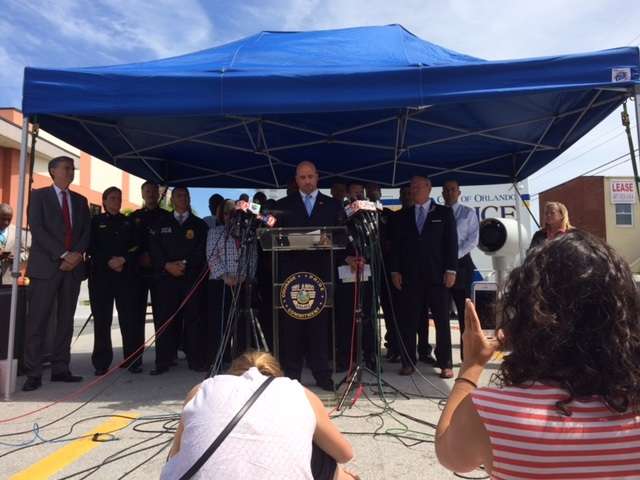 FBI releases details of the shooting and partial transcripts of 911 call./Photo: Amy Green

The FBI has released more details about what happened during the Pulse nightclub shooting. A timeline and partial transcripts from calls show the gunman told police that there were explosives.

During calls with crisis negotiators between 2:48 and 3:24 a.m. he said there was a vehicle with bombs and that he had a suicide vest.

At 4:29, as victims were being rescued, they told police that the shooter said he was going to put four vests with bombs on victims within 15 minutes.

The FBI says an immediate check of the shooter’s vehicle revealed no explosive device, and ultimately there was none found inside the club either.

FBI Timeline
Below is an excerpt from the FBI’s release Monday morning. On Tuesday, Attorney General Loretta Lynch will visit Orlando to visit with victims, first responders and others affected by the Pulse nightclub shooting.

The following is based on Orlando Police Department (OPD) radio communication (times are approximate):

OD: Emergency 911, this is being recorded.
OM: In the name of God the Merciful, the beneficial [in Arabic]
OD: What?
OM: Praise be to God, and prayers as well as peace be upon the prophet of God [in Arabic]. I let you know, I’m in Orlando and I did the shootings.
OD: What’s your name?
OM: My name is I pledge of allegiance to [omitted].
OD: Ok, What’s your name?
OM: I pledge allegiance to [omitted] may God protect him [in Arabic], on behalf of [omitted].
OD: Alright, where are you at?
OM: In Orlando.
OD: Where in Orlando?
[End of call.]

4:21 a.m.: OPD pulled an air conditioning unit out of a Pulse dressing room window for victims to evacuate.

(While the FBI will not be releasing transcripts of OPD communication with victims, significant information obtained from those victims allowed OPD to gain knowledge of the situation inside Pulse.)

4:29 a.m.: As victims were being rescued, they told OPD the shooter said he was going to put four vests with bombs on victims within 15 minutes.

(An immediate search of the shooter’s vehicle on scene and inside Pulse ultimately revealed no vest or improvised explosive device.)

Based on OPD radio communications, there were no reports of shots being fired inside Pulse between the initial exchange of gunfire between responding officers and shooter, and the time of the final breach. During this time, the shooter communicated with an OPD 911 operator and an OPD crisis negotiator, and OPD radio communications reported that victims were being rescued.

Editor’s Note: The revised transcripts of the call was posted at 3:28pm