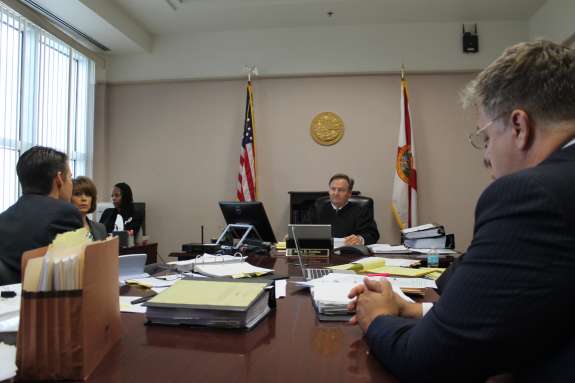 The family of a Disney Animal Kingdom employee wants a jury to decide whether the theme park is responsible for his death.

At a hearing this afternoon, attorney Brian Denney argued that Disney could have prevented the death of 52-year-old Russell Roscoe. He was struck by a ride he was performing maintenance on in 2011.

Denney claims Disney did not maintain equipment that usually alerts workers to press an emergency switch to stop rides.

“Mr. Roscoe, of course is not here to tell us what happened. He can’t speak to what happened, but we have the physical evidence, which completely contradicts the self-serving deposition testimony of the Disney employees who were there,” he said.

Disney denies responsibility and has asked the judge to drop the case.

The judge is planning to make a decision by the end of next week.