Even As Trump Denounces Vote By Mail, GOP In Florida And Elsewhere Relies On It 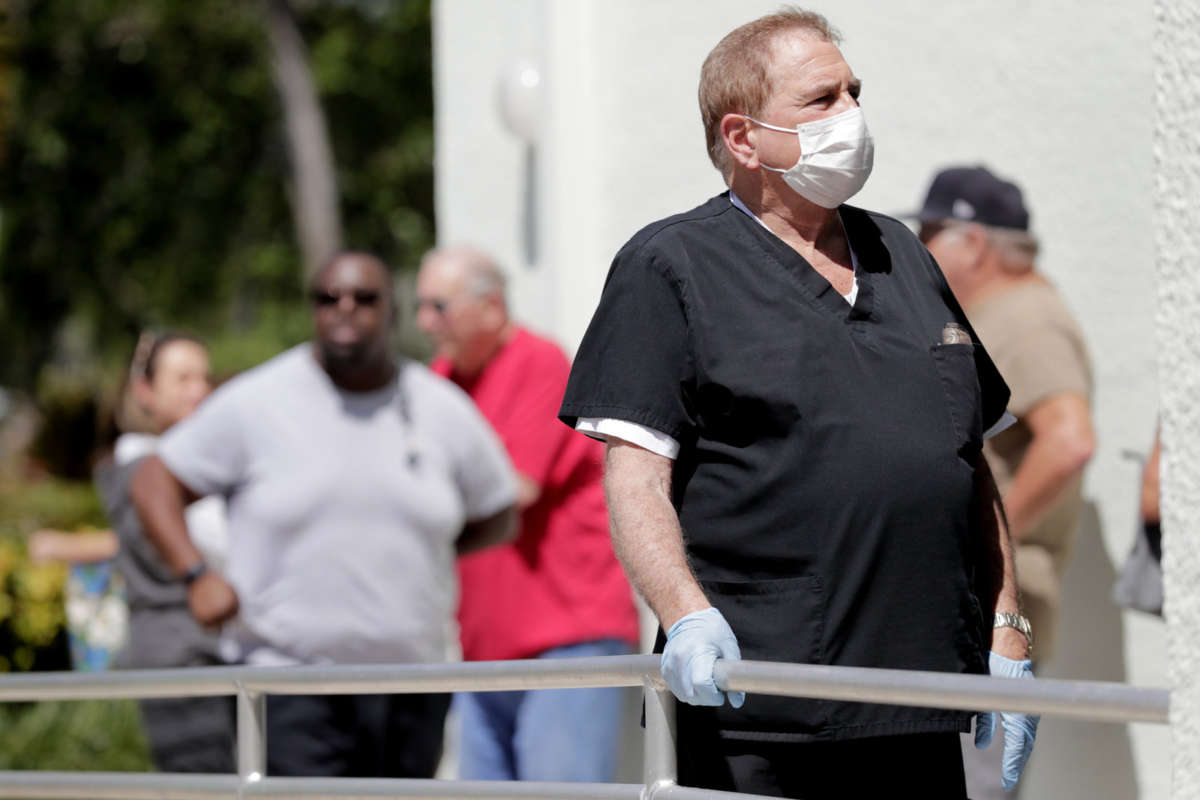 With an election year pandemic, mail-in ballots may become an increasingly popular way to vote, especially in states like Florida that allow any voter to use them.

While those ballots accounted for nearly 1 in 4 of all ballots cast in 2018, President Trump this week said he wasn’t in favor of expanding the practice during present health crisis, even as he used one himself when he voted (presumably for himself) in Florida’s presidential primary last month.

During the White House coronavirus briefing Tuesday, Trump said, “I think that mail-in voting is a terrible thing” and followed up the next day with several tweets calling on Republicans to oppose statewide mail-voting, claiming without evidence that the practice hurt GOP candidates and was susceptible to widespread fraud.

“At least in Florida, I think he’s being a little misguided,” said Mac Stipanovich, a longtime Republican strategist in Florida who recently left the GOP because of Trump. Mail-in ballots have also been a key tool in other Republican-friendly states such as Arizona and Utah.

In 2002, Florida began allowing anyone who requests a mail ballot to receive one, a changed Stipanovich said Republican strategists and campaign managers immediately embraced them.

“People recognized that was a mine of gold that you could…control.” He says campaign strategists could, “figure out who got the ballots, contact them [and] try to make sure they got their ballots in.”

In Florida, a state nearly evenly divided among Republicans, Democrats and independents, elections are often decided by the narrowest of margins. In many races, both local and statewide, mail-in ballots have provided Republican candidates with the votes to win.

For many years, it was Republicans who pushed voting by mail, said Daniel Smith, a political science professor at the University of Florida, who has studied how mail-in voting has been used in the state.

“Their electorate happens to be older on average than Democrats, happens to be more affluent. It happens to have a more permanent residency in terms of less transient, less mobile population, which makes the delivery and return of absentee ballots easier,” said Smith.

In recent elections, Democratic campaigns in Florida have also begun relying on mail ballots. They allow campaign staffers to know who’s received a ballot, so they can call and encourage the voters to return it.

Campaigns also know when people have returned their ballots, enabling operatives to “focus their attention on less reliable voters,” said Smith, “who may not vote in every election and need a little more cajoling to get out to the polls.”

That strategy helped Donald Trump narrowly carry Florida in 2016, Smith said. After securing the mail-in ballots, Republicans were able to concentrate on getting their occasional voters out to the polls.

In Florida and elsewhere, mail ballots have been involved in election fraud, but Smith and other experts say it’s rare. A bigger problem, according to Smith, is the relatively high percentage of mail ballots that are disqualified because they arrive too late, or the voter’s signature doesn’t match the one on file.

In a study he conducted after the 2016 election in Florida, Smith found the rejections disproportionately affect minority voters and young people.

With two elections coming up in the next several months, a statewide primary in August and the general election in November, Florida election officials are expecting a surge of requests for mail ballots.

“I think every county in Florida is gearing up on that,” said Bill Cowles, the election supervisor of Orange County, Fla., which includes Orlando. “We’re also putting pressure on our vendors, our mail houses for doing it.”

With the uncertainty surrounding the pandemic, Democrats and voting right groups have been pushing for an expansion of the use of mail-in ballots. Some Republicans, including the governors of Nebraska, New Hampshire and Ohio, have also backed major expansions of mail-in voting in response to the pandemic.

In Florida, a state vital to both parties’ presidential hopes this fall, elections officials have asked Florida’s Gov. Ron DeSantis for more time to mail out and count ballots but they’ve also that it won’t be possible to conduct an all-mail ballot election this year.