Eta Likely To Stay Over The Gulf This Week, Track Shifts West 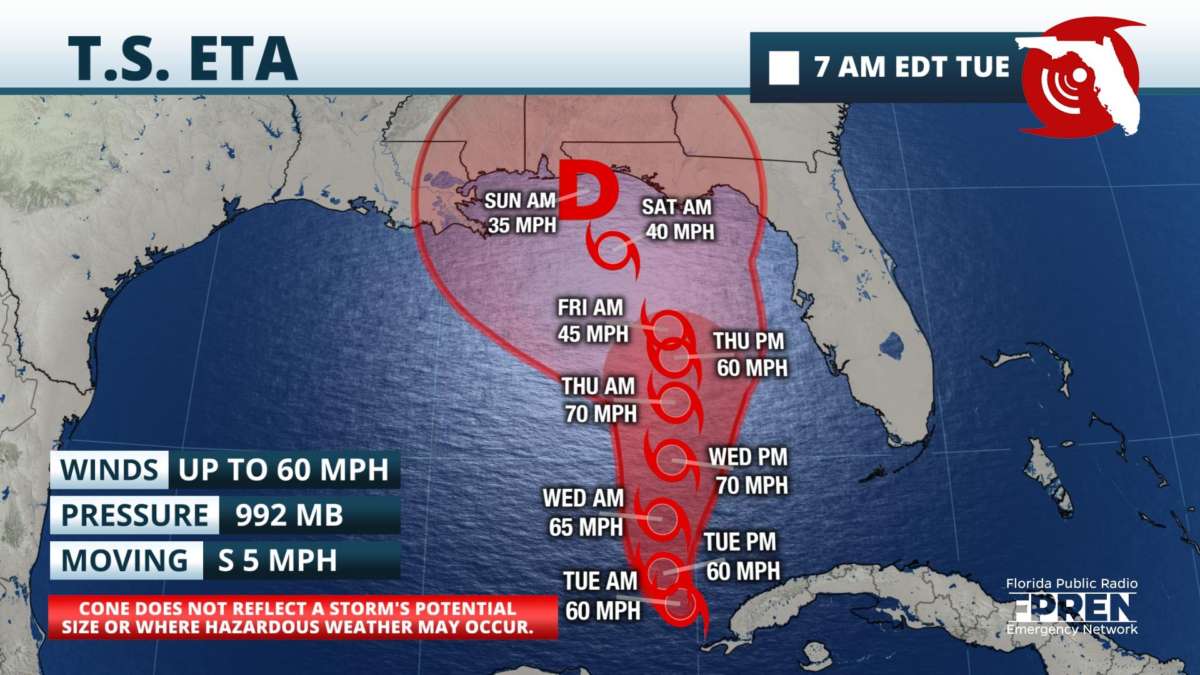 The tropical storm was responsible for numerous reports of flooding in South Florida Sunday through Monday morning. 6 to 12 inches of rain occurred in many parts of metropolitan Miami-Dade and Broward counties. Nearly 18 inches of rain fell near Miramar in Broward county according to a report passed along by the National Weather Service in Miami Monday afternoon.

A few wind gusts in excess of 60 mph were reported both in Miami-Dade and Broward, with widespread gusts greater than tropical storm force north into Palm Beach county. Tropical storm gusts were also reported on the west coast of Florida also: a 54 mph wind gust was recorded officially in Naples early Monday morning and gusts to tropical storm force extended as far north as Citrus county on the Nature coast.

As of mid-morning Tuesday, the Eta had nearly stalled about 60 miles from the western tip of Cuba with top sustained winds of 60 mph. The storm is expected to move little on Tuesday, but is likely to drift toward the north Wednesday and could strengthen to near hurricane status once again. A few outer rain bands not directly associated with Eta are likely to continue producing locally heavy rain occasionally in South and Central Florida through Wednesday. The National Weather Service continued Flood Watches into Wednesday evening for Southeast Florida because of the possibility of additional heavy rain on top of already saturated ground.

A high risk of rip currents will continue for several more days in Collier county on the west coast and along the Gold coast of Southeast Florida. High Surf Advisories were issued from the Treasure and Space Coasts northward to the First Coast, and rip currents are also anticipated in these areas through Thursday.

Eta is increasingly likely to encounter higher wind shear and dry air starting Thursday, which would cause the storm to weaken over the Gulf of Mexico. Forecasters at the Hurricane Center said confidence in the forecast is still not high and that residents along the Gulf coast should monitor Eta’s progress in the coming days. If Eta does not weaken as forecast, it could impact the Gulf coast anywhere from the Florida Panhandle to Louisiana this weekend.

Subtropical Storm Theta formed in the open waters of the central Atlantic Ocean Monday evening. It’s the season’s 29th named storm — a new all-time record for the number of named storms in the Atlantic Basin in one season. Theta is not forecast to affect land areas at this time. Yet another tropical wave in the central Caribbean has a high chance of becoming the season’s next tropical depression later this week or weekend when it reaches the western Caribbean. It is far too soon to say whether it will ever impact the U.S. coastline.