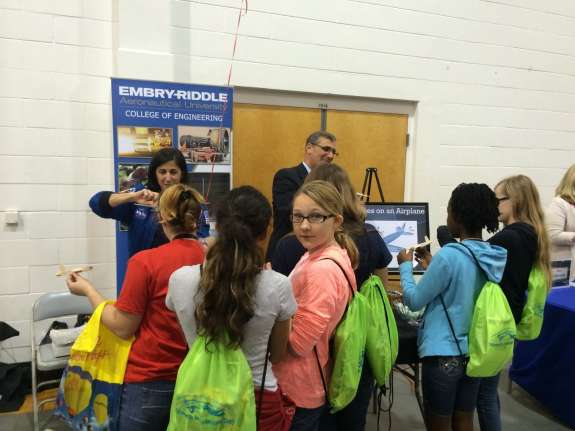 So it’s giving middle school girls in Volusia and Flagler counties a chance Tuesday to explore careers in engineering and science.

They’ll be flying a drone simulator and making their own lip gloss as a part of a push to get more women interested in science, technology, engineering and mathematics careers – often called STEM jobs.

“The girls are doing fun experiments, fun activities and realizing afterwards how much fun they had doing math and science, and keeping them engaged in math and science,” said Outreach Director Pam Peer.

For the past 25 years, Embry-Riddle has hosted young women as a part of “Women in Aviation Day.”

Men outnumber women in the STEM and aviation industry but Peer says events like this are changing the way girls think about engineering.

The university received a grant from Microsoft to fund a program that mentors women and connects them with companies looking to hire female STEM graduates.