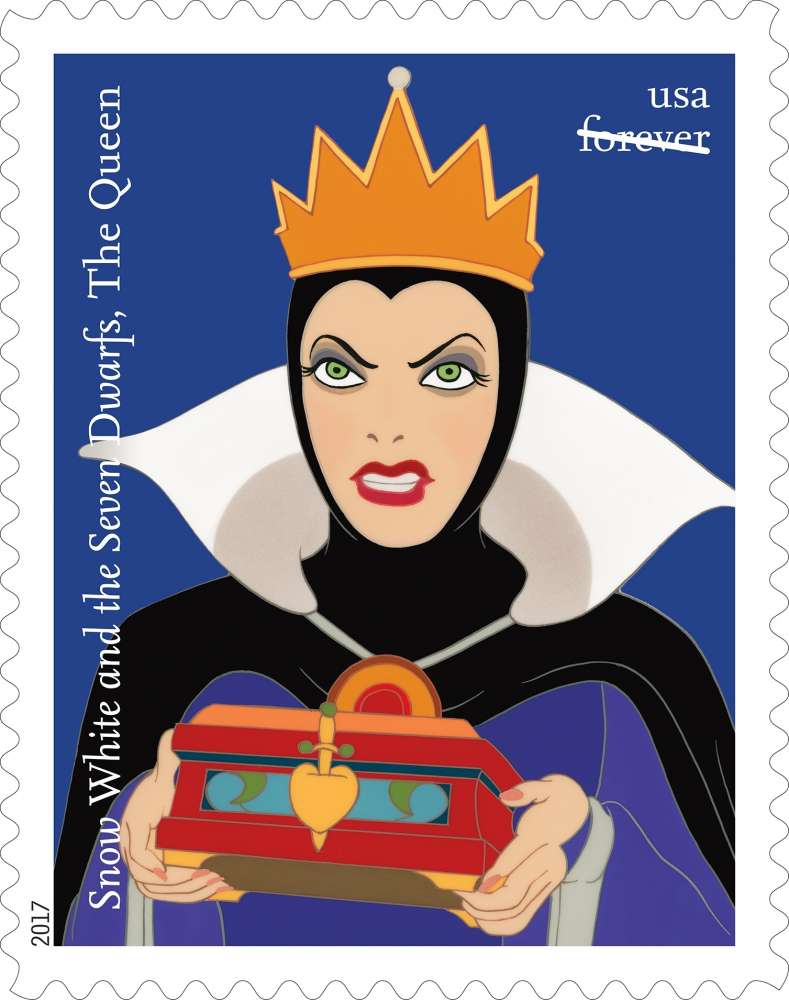 The set of stamps features 10 classic villains, including the Queen from Snow White, Peter Pan’s Captain Hook and Scar from The Lion King.