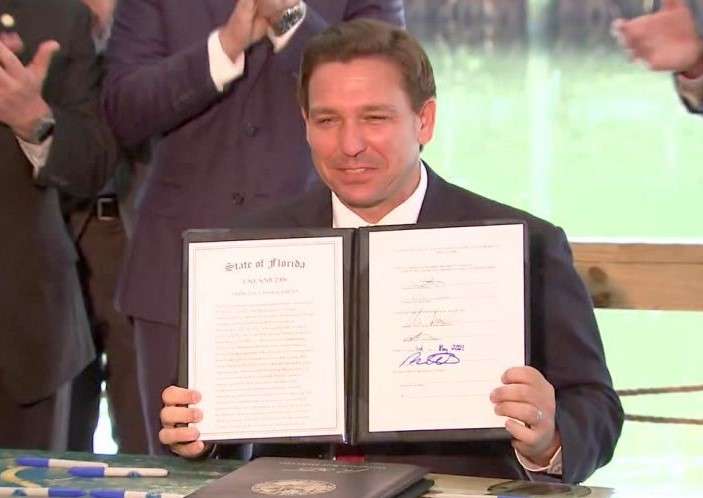 He also signed an executive order that limits those local powers until the bill takes effect July 1.

DeSantis, at a St. Petersburg restaurant for the signings, said that while the fight against COVID-19 continues, “we are no longer in a state of emergency.”

He cited the effectiveness of vaccines in slowing the spread of the illness and a need for people to maintain personal liberties.

“I think this is the evidence-based thing to do,” he said.

The executive order, which takes effect immediately, and legislation affect only government action, such as mask mandates or fines related to restrictions. It doesn’t stop businesses from issuing their own requirements of customers, the governor said.

“In terms of a supermarket, Disney or a theme park, it doesn’t deal with that one way or other,” DeSantis said.

Individuals who wish to wear masks or follow personal protocols may continue, he said.

It also allows the governor to override local orders during a health crisis, and places time limits on some emergency orders.

State and local orders for public health emergencies had be able to last up to seven days and extend indefinitely in seven-day increments. The measure caps the maximum extension at 42 days.

The limitation doesn’t apply to hurricanes or weather-related emergencies.