DeSantis: Most Coronavirus Tests In The State Administered At OCCC, Schools Are “Low-Risk” 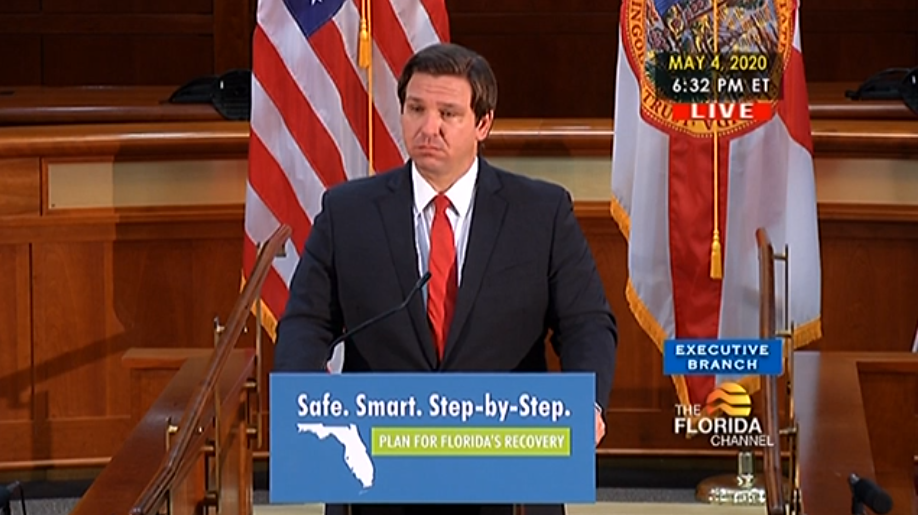 Gov. Ron DeSantis says more coronavirus tests have been administered at the Orange County Convention Center than anywhere else in the state.

Some 64,000 tests have been administered at the convention center since the pandemic began.

In Orlando on Friday, the governor said leaders want to speed up the process.

He says plans call for new traffic lanes at the convention center for people showing symptoms of COVID-19, so that they can get tested and get their results faster.

“They can go through, hopefully get it turned around in decent time, because what are you gonna do? Isolate for seven days while you’re waiting for test results? That’s not what we want to see.”

People have waited for hours in recent weeks to get tested at the convention center, as the number of cases in Florida has exploded.

The state now is averaging more than 9,000 cases a day over the last two weeks.

Meanwhile DeSantis says he feels so comfortable with schools reopening he would send his own kids — if they were old enough.

The governor has a 3-year-old, 2-year-old and newborn baby.

DeSantis characterized sending kids to school as “low-risk,” because he says children are unlikely to pass the coronavirus on to others.

Children seem to have milder symptoms and better outcomes from COVID-19 than adults, but scientists are still researching whether they can transmit the virus like adults.

DeSantis also says the state is ready to award more than $8.5 million in contracts to build 74 electric car charging stations across the state.

He says he expects the charging stations to be ready in weeks.

“The charging stations will span over 1,200 miles along I-75, I-4 and I-95 and increase the presence of publicly available fast-chargers in the state by approximately 50 percent.”

The governor says the stations are important with the height of hurricane season approaching.