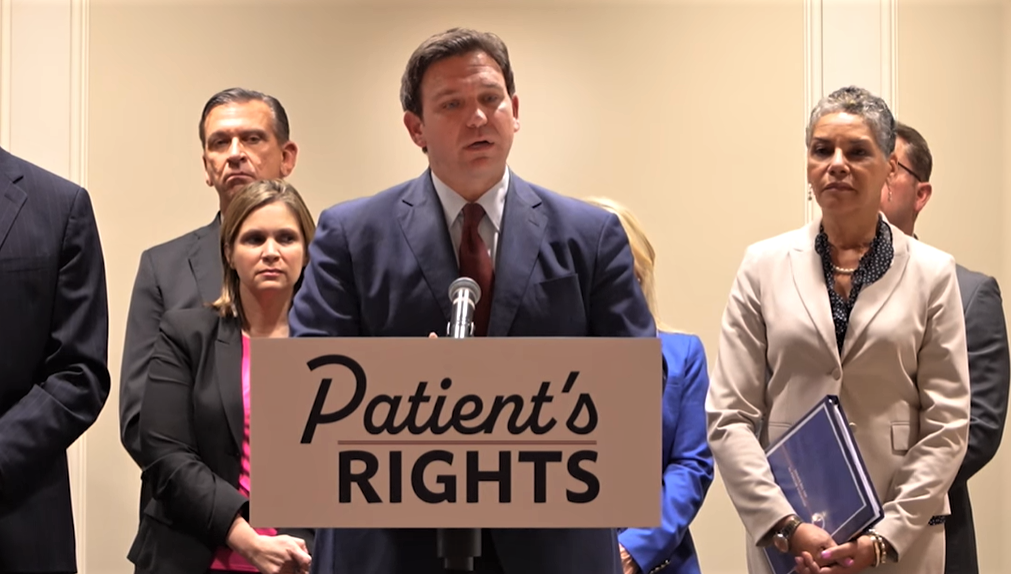 Central Florida Democrats held a press conference Wednesday calling on Gov. Ron DeSantis to make his plans for abortion rights in the state of Florida plain.

The Republican governor already approved a 15-week abortion ban in the state.

Democrats like Rep. Carlos Guillermo Smith are concerned DeSantis along with the Republican-led legislature might try to push through a total abortion ban.

Guillermo Smith says the problem is that DeSantis isn’t being forthcoming with what his plans for reproductive rights in the state are.

“But how dishonest for him to be campaigning for reelection for governor without being very clear with what his plans are?”

Rep. Anna Eskamani says it’s up to voters to keep asking the DeSantis administration and other Republicans if they want a total abortion ban in the state.

“As we’re asking questions you all also need to ask questions and not just of Governor DeSantis but of every Republican running for the state legislature. You’re looking at a collection of folks who are up for reelection.”

In a statement, the DeSantis administration says, “We very much look forward to pursuing additional legislative protections for the unborn.”