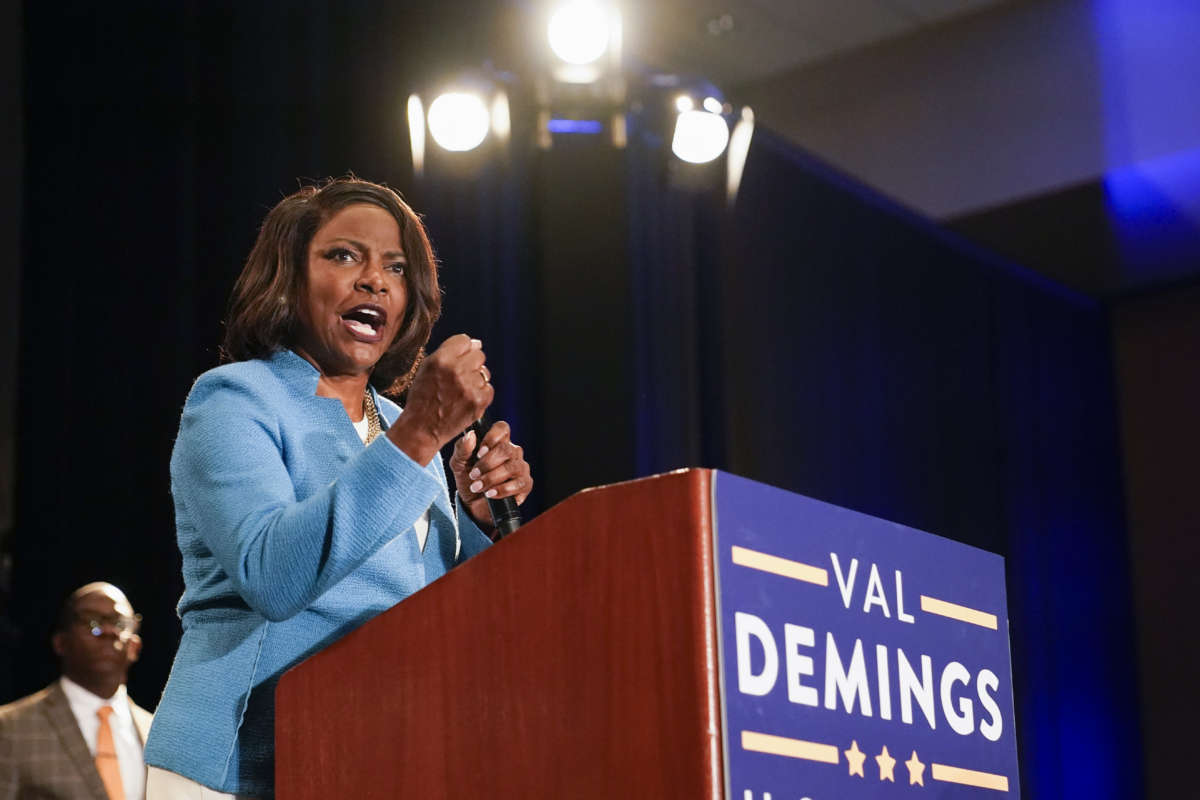 Democratic Congresswoman Val Demings has lost her bid to unseat incumbent Republican Marco Rubio in the US Senate. WMFE’s Danielle Prieur was at Deming’s watch party in Orlando and has this report.

Republican Senator Marco Rubio has won his third term in the US Senate by a landslide.

If elected, Demings would have been the first Black US Senator to represent Florida. The former Orlando police chief outspent and out-fundraised Rubio, but it was not enough to push her to victory.

Demings told her supporters that they still needed to fight to protect crucial constitutional rights. Like the right to an abortion.

“And I still believe in our ability to change the world for the better. And though we face the difficulties of today and tomorrow. Florida, together, we, we, we are going to fight for our democracy and fight for the American dream, because guess what? It still matters.”

That’s why Demings says her next goal is to help re-elect a Democrat to the White House in 2024.

“But nothing ever worth is is ever easy but I came tonight to tell you it’s worth the fight. We did not get the result we wanted tonight. We can never, ever tire.”

Rubio won with more than 56 percent of the vote.