Death Toll Rises To 4 In The Florida Condo Collapse, With Dozens Of People Missing 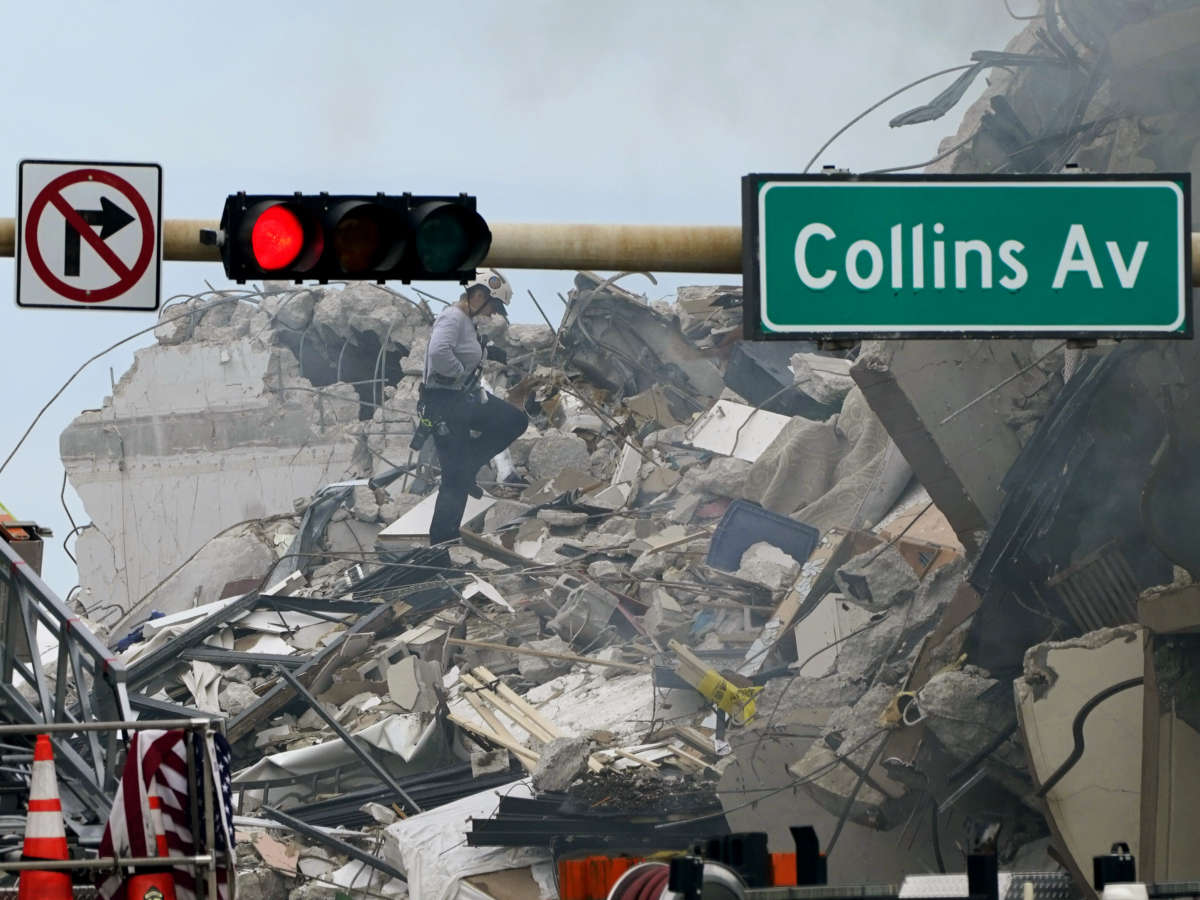 A rescue worker walks among the rubble where a wing of a 12-story beachfront condo building collapsed on Thursday in Surfside, Fla.
Image credit: Lynne Sladky

At least four people are now confirmed dead and more than 90 others are unaccounted for after a 12-story condo building near Miami partially collapsed early Thursday.

“I woke up to learn that three bodies had been pulled from the rubble last night,” Miami-Dade Mayor Daniella Levine Cava told ABC on Friday, adding to the one fatality that was announced on Thursday. “Devastating news for families waiting for any hope of survival.” The three have not been identified.

She said that 102 people have been accounted for from the tower in Surfside, Fla. Rescue workers are using sonar and sniffer dogs to search for survivors in the rubble.

Florida authorities have said part of the 12-story building, involving some 55 units, spilt apart and crumbled, and it’s still not clear why. “I can tell you at this time they haven’t found any evidence of foul play, so that is important for people to know,” the mayor added. The police department plans to carry out a full investigation.

Fire crews were able to rescue 37 people on Thursday. Thirty-five of them were evacuated from balconies of the part of the building that was still standing. Families wait at a reunification center, eager for news of their missing relatives.

Surfside is a quiet beach town with a large Jewish community, some of whom lived in the tower that partially collapsed. Along with long-term residents, there were many visitors staying there temporarily for a beach vacation, including nationals of Venezuela and Argentina. The sister of Paraguay’s first lady is reportedly among the missing.