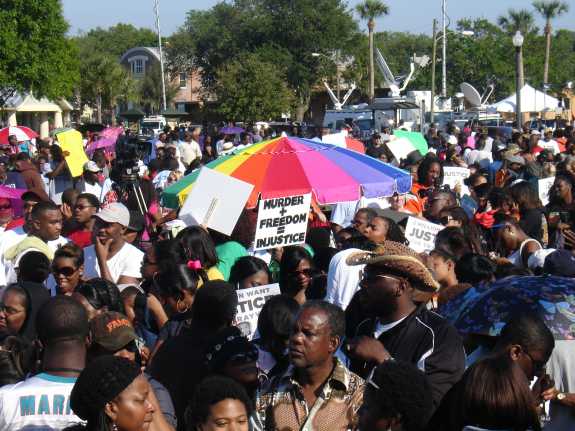 Protests in Sanford after the death of teenager Trayvon Martin in 2012. Photo by Matthew Peddie, WMFE

The shooting death of 18-year old Michael Brown in Ferguson, Missouri sparked protest and intense media interest this month. On Intersection this week, Orlando Sentinel Columnist and 90.7 Contributor Darryl Owens spoke to Matthew Peddie about the situation in Ferguson, and what makes it different from protests two years ago in Central Florida stemming from the death of teenager Trayvon Martin. Owens began by talking about the relationship citizens have with police.