Could This Be the Future of Homeless Shelters in Orlando? Pallet and The Salvation Army Are Banking On It 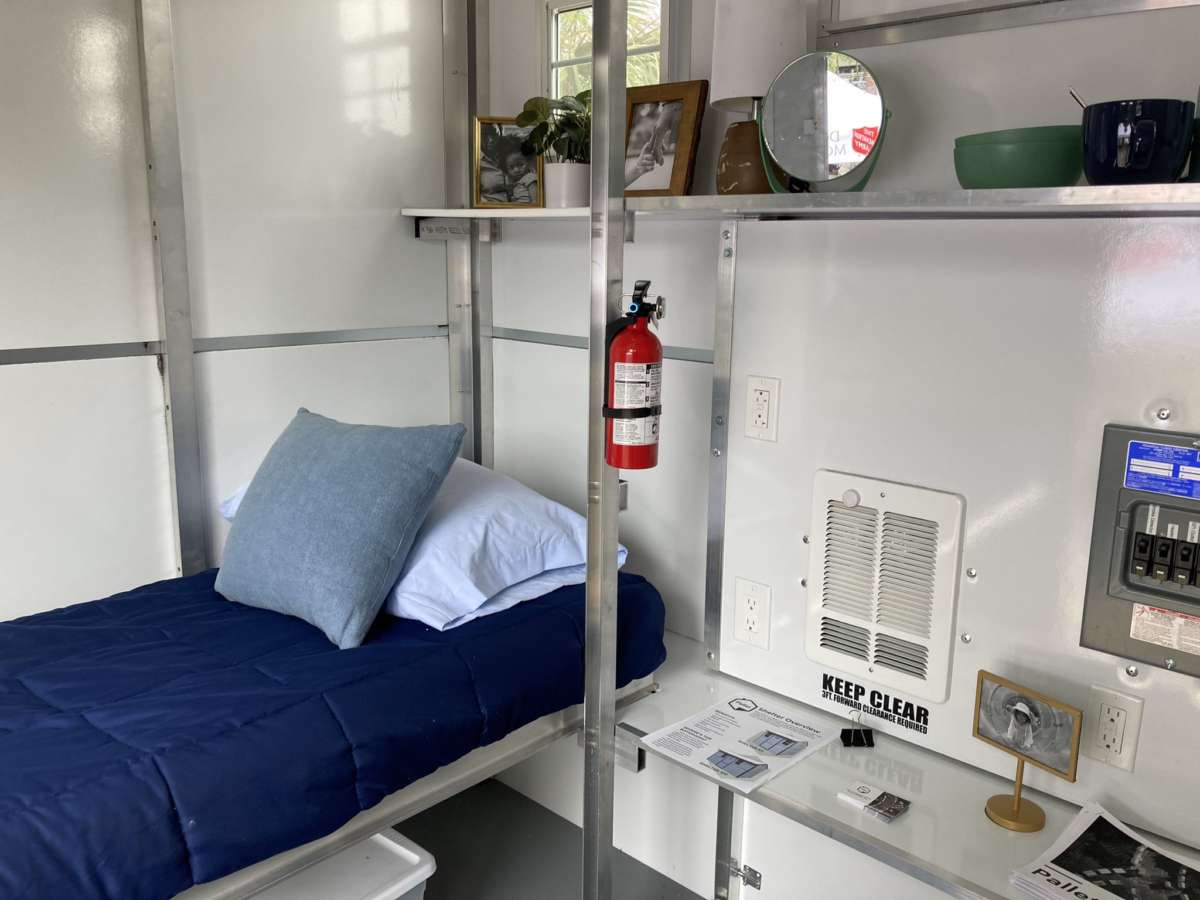 A company called Pallet demonstrated a new solution to sheltering people without permanent housing in Orlando at the Salvation Army today.

The minimalist shelters which contain a mattress, basic shelving and electrical outlets are climate controlled, and are rated to withstand 170 mph wind.

Pallet’s Ben Simons says the units take less than 45 minutes to build and don’t have any foundational requirements.

He says units can be set up in a parking lot or an open field with the goal of getting as many people off the streets as possible.

“We don’t believe that the streets can be a waiting room for permanent housing. And we want to get them into somewhere where they’re going to feel safe, where they can stabilize, where they can access services on a consistent basis, where they can lock their belongings in their  shelter during the day and lock themselves in at night while they’re sleeping so they don’t have to worry about things being stolen.”

The smallest 64 square foot unit that Pallet offers costs anywhere between 9 and 9,500 dollars plus an additional 3,900 dollars for a bathroom unit.

Salvation Army Captain Ken Chapman says they’re in talks with state and federal partners to fund a few of these units in order to respond to a local rise in homelessness during the COVID-19 pandemic.

“Particularly after this moratorium ceases, we anticipate a big spike in people losing their homes, people experiencing homelessness. So we need to look at alternatives that are easy, portable and moveable.”

In the past year alone, The Salvation Army provided some 81,149 nights of shelter for homeless men, women, children, and veterans in the area. Staff and volunteers also prepared and distributed some 1.4 million meals to the community.