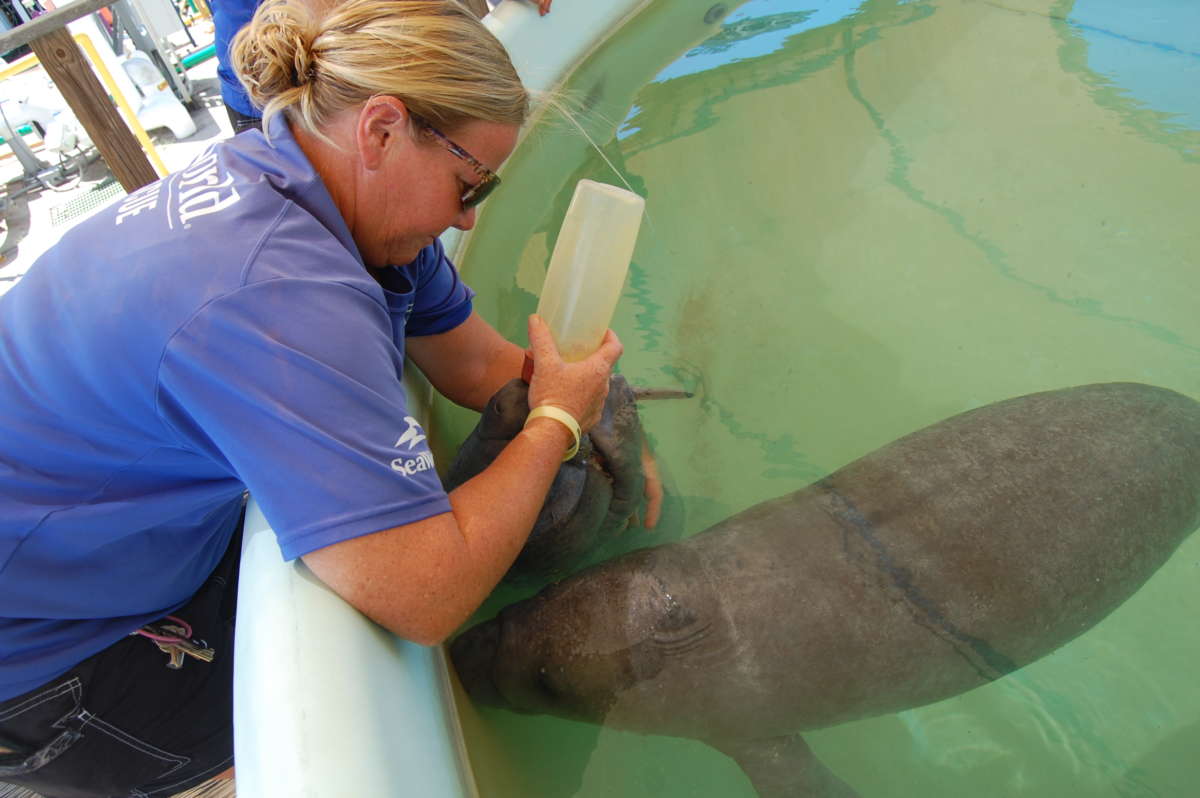 These manatee calves were perhaps days old when they were rescued, one with its umbilical cord still attached. Photo by Amy Green.

Florida’s manatees are dying at an alarming rate with some 937 deaths reported so far this year, and most of them in the Indian River Lagoon.  Conservation groups are scrambling to save the manatees and lobbying to get them put back on the US fish and wildlife endangered list.

WMFE environmental reporter Amy Green joins Intersection to explain what’s killing these charismatic animals and what can be done to help.

“This is a crisis situation for these manatees,” says Green, who worked with Inside Climate News to report on the plight of the manatees.

“This is an unprecedented, record setting die-off for these manatees. And you know, just to give you a sense of the scope here, it represents about 10% of the manatee population in the state of Florida. The deaths are really concentrated in the Indian River Lagoon…and environmental groups say on Florida’s East Coast, as much as 20% of the manatee population has been wiped out.”

Green says the decision to downlist the manatee from endangered to threatened in 2017 was controversial. Now there are calls to put it back on the endangered list.

“The US Fish and Wildlife Service is engaged in a five year review of the species status. And one of the things they’re looking at is whether the manatee should be reclassified as endangered. The manatee was down listed to threatened in 2017. But certainly there are worries that at this rate, the manatee could certainly go back to an endangered status again, and potentially this status could be even worse.”

This year’s record setting die-off is connected to the water quality in the lagoon and the loss of seagrass. Between 50% and 90% of seagrass has been lost in parts of the lagoon.

“Manatees are sensitive to cold water, they are stressed in cold water. And so when a cold snap occurs for manatees, that leaves them with a crucial choice. They can either stay where they are, and potentially freeze, or they could forage elsewhere and starve,” says Green.

At SeaWorld Orlando, some 37 rescued manatees, including baby manatees, are being nursed back to health. Green says it’s a long road back to recovery for manatees that are suffering from starvation.

“So it’s encouraging to see these manatees make a comeback like this. It’s also concerning because, again, these manatees face a very long recovery. These baby manatees will be at SeaWorld for a few years as they recover from the loss of their mothers, presumably during this mortality event.”