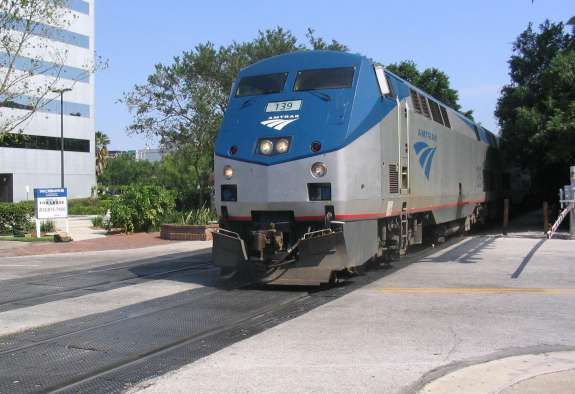 The Southern Rail Commission, a bipartisan group, is pushing to bring back a daily line with service from Orlando through the Florida Panhandle, Alabama, and MIssissippi. Photo: Wikimedia Commons.

The Gulf Coast Passenger Rail would run daily from Orlando first heading over to Jacksonville, then across the Florida Panhandle, through Alabama and Mississippi, and ending in New Orleans.

On Capitol Hill, the House passed a proposal last week to study the project, and it is now on its way to the Senate.

Knox Ross, chair of the Southern Rail Commission, the bipartisan group that’s pushing the plan, said trains would offer an alternative to airplanes and make travel easier for rural and urban residents.

“The subsidies for central air service can’t last forever, and we’ve got to find ways to get people around the country and see exactly what is this going to cost. What are the pros and cons? What kind of economic impact is this going to have? Those are the kinds of answers we’re hoping to get,” he said.

The feasibility study would cost just shy of $1 million.

Ross expects a decision from Congress by the end of this year.