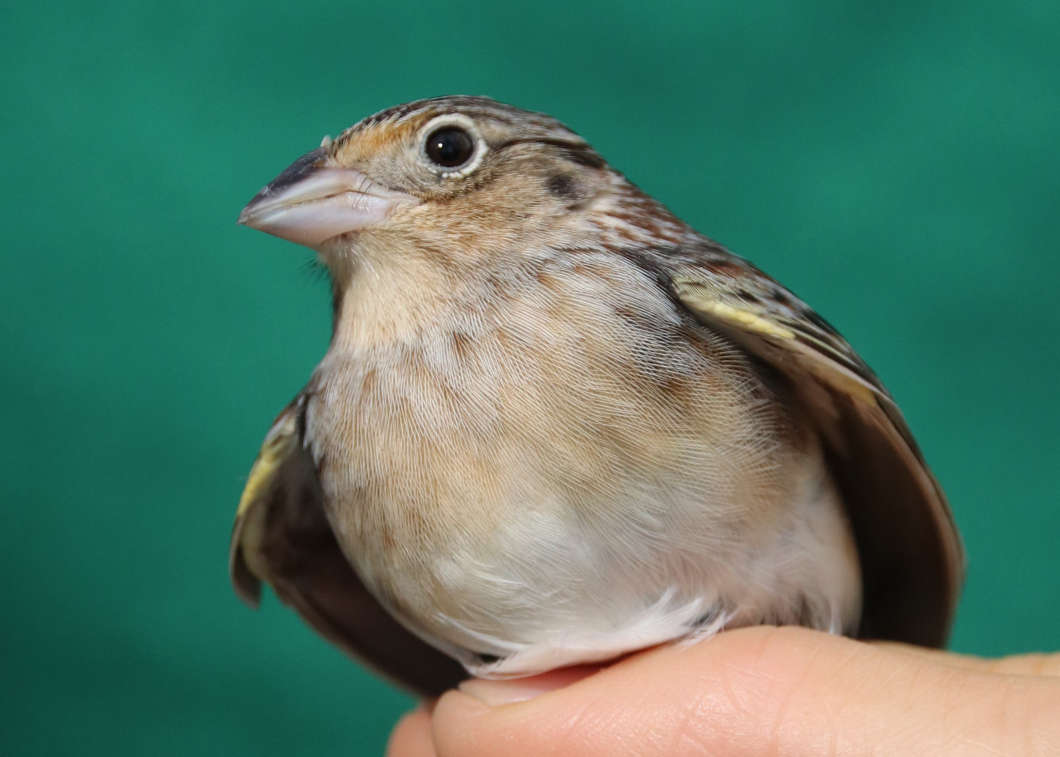 It’s a milestone in the effort to save North America’s most endangered bird: For the first time wildlife managers are releasing captive-raised Florida grasshopper sparrows in the wild.

They hope to augment the fast-dwindling population on the Central Florida prairie. But they are moving ahead despite strong opposition from some researchers who say the releases could harm the sparrows on the brink of extinction.

At the heart of the debate is a drab-colored songbird no larger than the palm of your hand with a tune like the buzz of a grasshopper. Fewer than 80 are left on the Central Florida prairie in the Everglades’ headwaters, where the world’s last wild population is found.

The Florida grasshopper sparrow would be the first confirmed bird extinction in the continental United States since the Dusky seaside sparrow vanished from Florida in 1987. The species is among more than a million in crisis worldwide, according to a recent United Nations report, constituting what some scientists describe as a historic extinction of biodiversity. But Tatiana Villante tries not to feel the pressure as she serves Batman breakfast.

“He’s not a very strong male. He doesn’t really sing at all so I don’t know if he would be ideal for release, if he would be good at chasing females because he just like walks around and eats his food.”

Batman is one of 38 Florida grasshopper sparrows at the Rare Species Conservatory Foundation’s captive breeding center outside of West Palm Beach. Villante serves them crickets, worms, probiotics, vitamins and a kale salad with carrot, sweet potato and beet.

The sparrows get a breakfast rich in Vitamin A. Photo by Amy Green

“We chop it all up and they get that in the morning, which is very high in Vitamin A for them, which is a better breakfast than I get.”

The center is one of two raising captive sparrows and was the first to pioneer the effort in 2015, when wild sparrows were rescued from failed or flooded nests.

Villante has cared for some of them since they were hatchlings, feeding the young on an exhausting schedule of every 45 minutes 14 hours a day. She was fresh out of college and bartending while considering nursing school when a friend helped her get a job at Rare Species. She now is the lead technician caring for North America’s most endangered bird.

She’s named all of her hand-reared sparrows. Now that wildlife managers are ready to release the birds she’s worried. She considers them her babies.

“The people that make these decisions for the sparrows, I know they have their best interests at heart, but they don’t see these sparrows on a daily basis.”

Wildlife managers plan to release as many as 40 Florida grasshopper sparrows on the Central Florida prairie in the coming weeks. They will release the birds in small batches and began this month with three from White Oak, the other captive-breeding center north of Jacksonville.

The sparrows spent two nights in on-prairie enclosures to ease the transition. After the enclosures were opened the birds stayed close at first but then took flight, disappearing on the prairie. The sparrows were fitted with tracking devices so wildlife managers can monitor them.

Erin Ragheb of the Florida Fish and Wildlife Conservation Commission aims to catch a Florida grasshopper sparrow as the sun rises over the Central Florida prairie. Photo by Amy Green

“The whole point of bringing the birds from the wild to captivity was to eventually release their young, and so this has been in the works for a really long time. And these releases are a really good thing for the wild population. This is a species that is on the brink of extinction.”

She says the reason for captive breeding is to give the species more time as researchers and wildlife managers try to understand why the population is collapsing and how to save it. Now with 23 breeding pairs left in the wild she says time is running out.

“Being a field biologist and seeing those birds singing in the morning, it was difficult to remove wild animals from their natural habitat and put them in captivity, and I think we’re in a really exciting moment because this is what we’ve always hoped for.”

But Paul Reillo is raising serious concerns. He is the founding director of Rare Species.

“Our approach was the exact opposite, which was to be careful, to be very conscientious about every potential impact and factor and to proceed carefully and cautiously.”

He proposed a release plan that, for instance, would have involved longer acclimation periods in on-prairie enclosures. But wildlife managers rejected his plan and eventually decided to sever ties with Rare Species. They ordered researchers to stop breeding the critically endangered sparrows until other captive breeding centers can be established and the birds can be moved.

Paul Reillo of Rare Species worries it’s too soon to release captive sparrows in the wild. Photo by Amy Green

Reillo’s main concern is disease. Researchers working with him have identified a pathogen that can be lethal to the captive sparrows. He worries about releasing carrier birds into the world’s last wild population.

“If this is a highly pathogenic organism, if this causes high rates of mortality, then the last thing we want to do is expose birds that don’t have it to it because it could kill them.”

He also fears wildlife managers are releasing captive sparrows now in part because they need the space. On a recent conference call one White Oak researcher said he was “addling eggs by the dozen” because of space constraints. Reillo is worried other endangered species could face similar challenges and says the sparrow’s decline is a sign an important ecosystem is in trouble.

“And that’s the Central Florida prairie, a vast expanse of grassland that is essential to the health and well-being of our state, has an enormous role to play in ameliorating climate change, water flow, nutrient cycling and so forth.”

White Oak conservationists say release delays led to the space constraints and the addling of eggs, a common bird husbandry practice. They say hatching the sparrows would have been more harmful and that wildlife managers approved the procedure. Florida Fish and Wildlife says the pathogen identified at Rare Species is common in captive birds and that after careful consideration wildlife managers feel the risk to the wild population is acceptably low. The agency says the data show the much bigger threats are nest predation and loss of habitat.

Back at Rare Species Villante whistles at one of her favorite Florida grasshopper sparrows, a female she named Val.

“As soon as I come to the enclosure if I whistle she’ll run out of some of the grass clumps, and then I throw her a meal worm and she just looks up at me like, More? Can I have some more?”

She considers hand-rearing her hatchlings the greatest achievement of her life and says she is a nervous wreck when she thinks about them in the wild.

Wildlife managers plan to release the next batch as soon as next week.