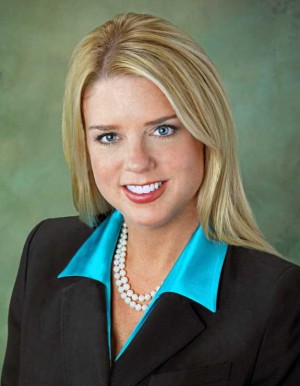 Before the end of this month, Florida Attorney General Pam Bondi will have to explain to a Tallahassee judge why her office allegedly directed companies that settled unfair trade actions to donate millions in restitution payments to unregistered charities.

In a complaint, Orlando businessman John D. Smith accuses Bondi of abusing her authority when she forced 14 businesses her office was investigating to settle by donating more than $5.5 million to 35 unregistered charities from 2011 to 2016. Bondi has denied the allegations, calling them meritless and saying Smith has targeted her office and heaped abuse on attorneys.

Behind the lawsuit over charity donations, the saga between the two parties is an extensive legal fight that, weirdly enough, started over hurricane protection. At one point, Bondi’s office looked into Smith’s company Storm Stoppers but later closed the investigation.

Bondi says the practice of using these agreements is designed to benefit Florida’s citizens while conserving taxpayer resources. Smith, though, remains unconvinced because of the way Bondi solicited and received a $25,000 campaign donation from President Donald Trump in 2013. A state ethics panel recently cleared Bondi over complaints regarding Trump’s donation. Smith says he’s not doing this for retaliation or revenge against the attorney general ­– he just wants justice for other small businesses like his.