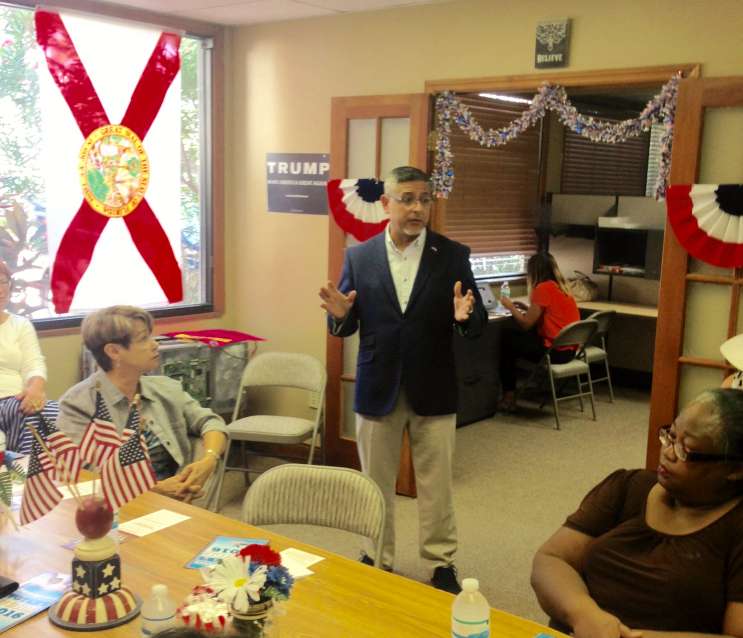 As Republican presidential nominee Donald Trump makes his way to Tampa Wednesday and Democratic vice presidential candidate Tim Kaine prepares to kick off a Florida tour Thursday, supporters on both sides in Orange County are doing outreach of their own.

After voting for Democrats over the past thirty-seven years, she is now frustrated with how the party has been run. She is hoping to get more black residents on board with Trump.

“I’m going to be talking to some pastors in the black community that now want to entertain support because the Democratic Party has not engaged with those churches and we can’t even get the democratic support on a local level,” she said after a strategy meeting with other campaign volunteers.

A similar sentiment of disillusionment with her party has driven longtime Republican Kresha Baswell to volunteer for Hillary Clinton’s campaign in Orange County. She and other supporters are making thousands of calls every day out of pop up phone banks in houses and offices across central Florida.

“This year the Republican Party has really let me down and so I will go for a strong woman that I believe in. We went knocking on doors on a Saturday afternoon asking people if we can count on their vote,” she said in between making calls out of an Orlando home.

The Clinton campaign is targeting the area’s growing Latino voters.

Staff plan to roll out twenty-five field offices across the state this week, bringing its count up to more than thirty. The Trump campaign also plans to open twenty-five offices in Florida within the next week. Since the Trump won Florida’s primary in March, many county Republican offices have been working with campaign staff to reach out to voters.