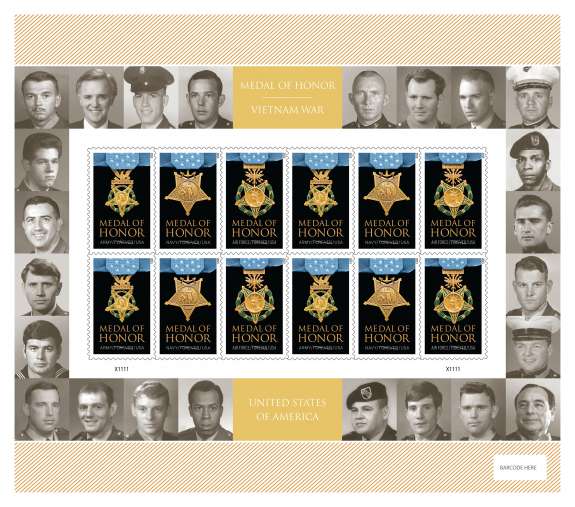 Melvin Morris is one of the 48 living Vietnam War recipients highlighted on a new set of stamps from the USPS.

Serving as a Green Beret in the U-S- Army, Morris’ unit came under attack, and a fellow commander was killed. Morris recovered the commander’s body and a map that was crucial to the mission. He was shot three times.

Morris received the Medal of Honor last year after an investigation by the Pentagon revealed he may have been passed over because of his race.

His photo appears on a sheet of forever stamps from the USPS. The stamps reflect medals from the Army, Navy and Air Force.