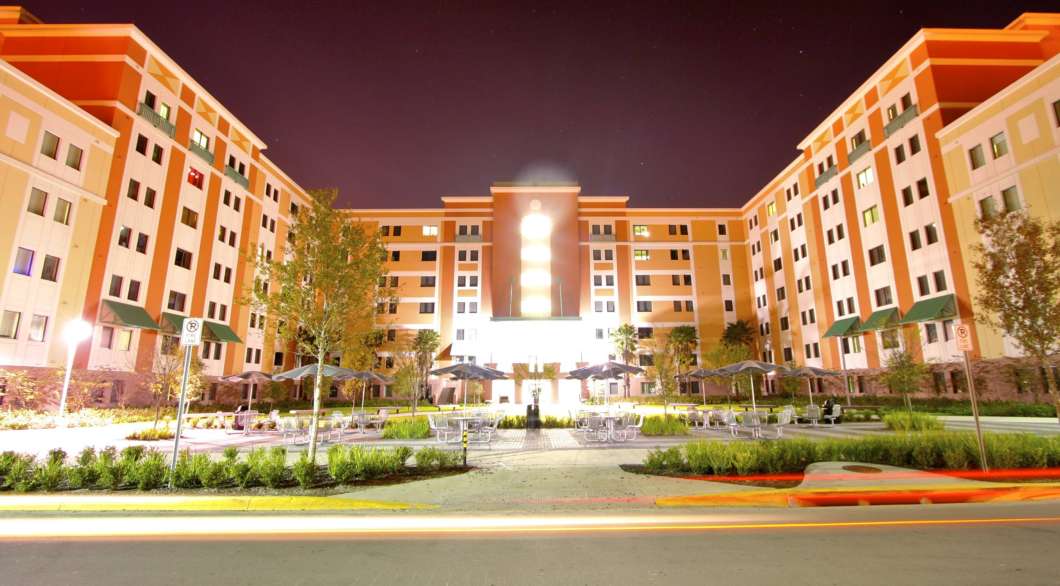 As enrollment grows at colleges and universities, they face a challenge: how to house students whether on campus or off campus. In Florida the student housing challenge unfolds against a backdrop of low income residents trying to find affordable housing.

Snaith says students at UCF in particular have felt the impact of the housing crisis as the university’s enrollment rates have grown to “the size of a small city” in recent years. With over 68,000 students as of fall 2018, UCF only has about 7,000 on-campus housing spots for students. Returning students must apply to a selective housing lottery for a chance to secure a spot.

The demand for space has been partially met by significant on-campus construction and increased off-campus nearby housing options for students, Snaith says. He says the scramble for housing at universities can be looked at as a smaller scale version of the crisis affecting Orlando at large.

“I think that student housing in the area is, in many ways, a microcosm of the housing issue in the metro area as a whole,” he says.

Orlando’s crisis has a number of contributing factors like “population growth, job growth and growth in the economy,” as well as increased immigration and slow construction.

“We’ve seen very strong population growth for many years as the economy’s grown,” Snaith says. “We’ve had an influx of migrants in the area in the wake of the fiscal crisis and hurricane in Puerto Rico, and so all this demand for housing has been growing steadily really since 2012. The problem, in my mind, is on the supply side, and that is that construction has not kept up with the growth and this fundamental demand for housing.”

During a period from 2013 to 2016, housing construction in Florida plateaued even though the demand continued to grow.

Snaith says while the private sector has stepped in and somewhat alleviated the demand for housing, students will continue to be impacted by the shortage as long as the supply remains low.

“I still think we’re playing a game of catch-up right now,” he says. “Certainly, there is more housing construction activity going on, more dirt being moved, but again until that makes it through the pipeline and onto the market, the the pressure on prices that we’ve seen over the past several years I think will remain in place.”