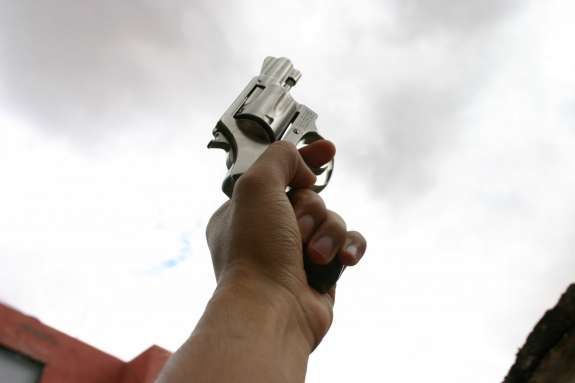 “They don’t realize the physics. They think these bullets evaporate in the air. I don’t know what they’re thinking. But if somebody owns a gun, they shouldn’t really know how to use it and be responsible,” she said.

“When the fireworks go off at 12 a.m., people start firing their fireworks and their firearms. For the 4th of July, it’s not one specific moment. It’s through the whole night.”

Duran has partnered with law enforcement agencies, schools, and other non profits to spread awareness about the risks of celebratory gunfire.

The longtime tradition has injured and killed dozens according to the Centers for Disease Control.