Broadway’s ‘POTUS’: Should these women save the president? 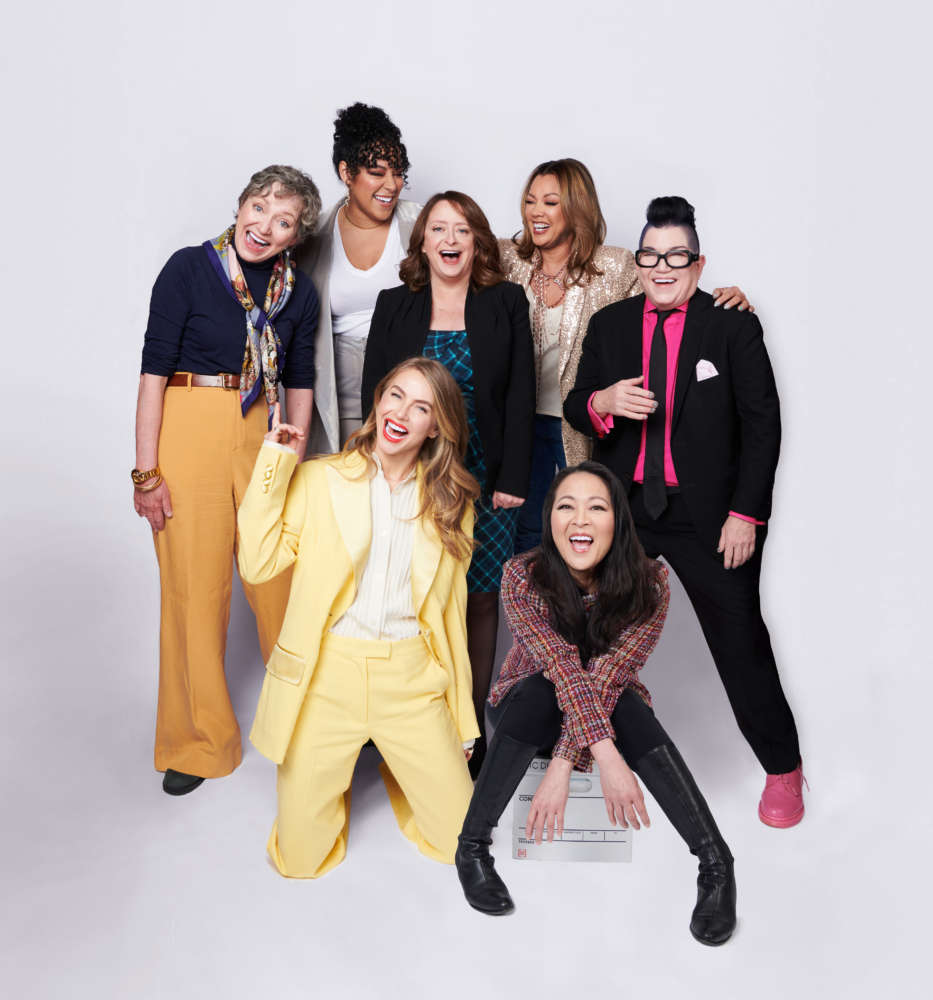 A 28-year-old playwright is making her debut on Broadway tonight with a play set in the White House. Called POTUS: Or, Behind Every Great Dumbass are Seven Women Trying to Keep Him Alive, the farce is complete with slamming doors, profanity and a cast of seven comic actresses, including Vanessa Williams and Rachel Dratch.

“The thing I love about farce is that it is tragedy that you laugh at,” said playwright Selina Fillinger. “And there is so much tragedy around. And yet we still need to laugh in order to keep moving through it.”

Here’s the set-up: The President of the United States is a man who the audience never meets. And he’s said a word, a slur against women, in front of a Chinese diplomatic delegation and the press corps, causing a variety of crises which spiral out of control. Seven women, from his chief of staff to his press secretary to the First Lady, try desperately to save him.

“When they hear the first word, people are shocked and, you know, gasp a little bit,” says Vanessa Williams, who plays the First Lady, “and then they know that they’re in for an unconventional ride.”

“When you think about it, often the things that we consider the most derogatory about women are curse words that are just referring directly to genitalia,” said playwright Selina Fillinger. Her fall-down funny play asks a lot of questions.

“[I’m] trying to unpack the misogyny and assumptions that are just even in our vocabulary. And why is this word derogatory? Why is that an inherently bad thing? Why is it bad to call a woman this? Who decided that this is a bad word and made this into an oppressive thing? And can that be reclaimed?” she asked.

Director Susan Stroman described the play as taking place in an alt universe where the president – his political party is never mentioned – abuses his power. “There are many people who are complicit with it, and it is about that too,” Stroman said. “It is about a group of women who do what they can to save him. And then at one point, it’s too much. And it asks that question about what happens if at one point no one does help him.”

Playwright Fillinger said she wanted to subvert the classic forms of farce in POTUS. For one thing, the ensemble is entirely comprised of women. For another example, instead of having a woman running around in her underwear, which happens in many male-dominated farces, a member of the press corps runs around with a breast pump. “The characters in the play are like all versions of women that I have seen or versions of women I have been,” she said, “at various points of crisis or like high stakes. And then just taking that and blowing that up.”

The play had initially been scheduled to open during the 2020 election, but COVID scuttled those plans. Yet Julie White, who plays the President’s chief of staff, said she’s pleased about the timing. “People need to really laugh. And in some ways, to laugh about the states of politics and political discourse, but not in a specific way. I don’t want any more Trump jokes.”

Stroman said yes, the play is funny – but in some ways, it’s also a call to action. “Well, certainly the future is there, but it’s going to be a fight,” Stroman said. “And I think that’s what Selina is saying, too. It’s hopeful, but it’s not hopeful without a fight.”