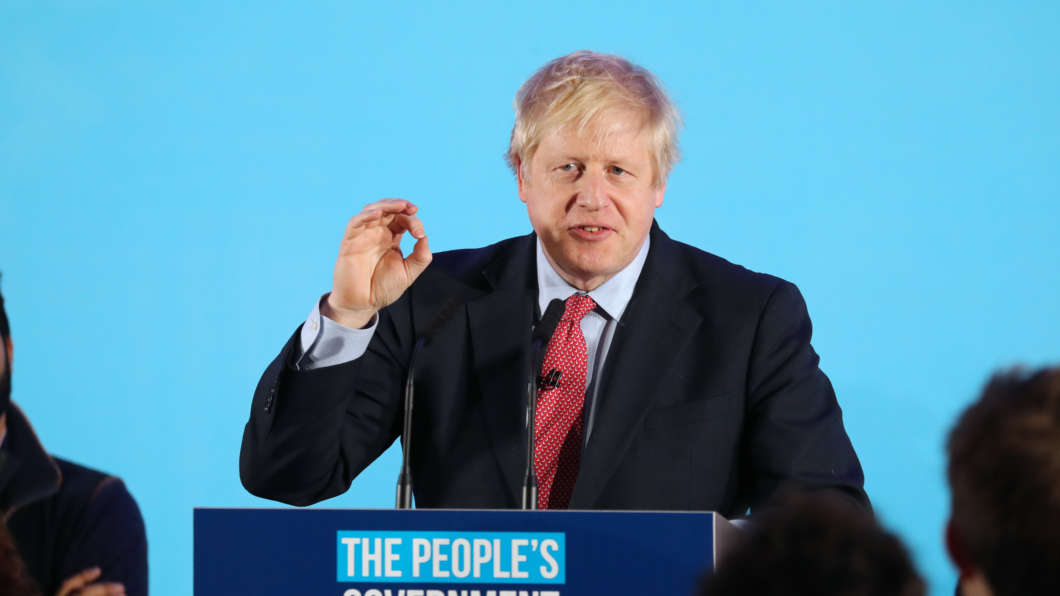 British voters have delivered a stunning victory to Prime Minister Boris Johnson and his Conservative Party, giving the champion of Brexit a large majority in the House of Commons and the support he needs to take the United Kingdom out of the European Union in January.

With almost all results in, the BBC projects that Conservatives will win an absolute majority of 78 seats in the 650-seat chamber, giving Johnson a firm mandate to form the next government. Johnson has been prime minister since July following the resignation of his predecessor, Theresa May, and called early elections in a gamble that he has won handily.

The opposition Labour Party suffered its worst defeat in decades, losing at least 59 seats. Party leader Jeremy Corbyn, although he won re-election in his constituency, announced he will not lead Labour in the next election.

Corbyn, who sought to remake Britain in a socialist vision of nationalized industries, called for “a process of reflection on this result and on the policies that the party will take going forward.”

Since the 2016 national referendum in which a narrow majority voted to take Britain out of the European Union, Parliament has repeatedly rejected proposed exit agreements negotiated with the EU. The political dysfunction led Johnson to call early elections in hopes it would give him the majority he needed to pass a plan for Brexit.

It now appears likely Parliament will vote Brexit into law and the U.K. will meet the EU’s most recent deadline for Britain to formally leave by Jan. 31.

The results closely tracked voting patterns in the Brexit referendum of three years ago.

Scotland, which had voted to remain in the EU, delivered a nearly clean sweep to the anti-Brexit Scottish National Party. Party leader and First Minister of Scotland Nicola Sturgeon suggested there should be a second referendum on Scottish independence.

“Just as I reluctantly accept … that Boris Johnson has a mandate now to take England out of the EU,” Sturgeon told the BBC, “he must accept that I have a mandate to offer Scotland the choice of an alternative future.”

Northern Ireland, which also voted to remain in the EU, for the first time elected a majority of Irish nationalists to the House of Commons. Its open border with Ireland is perhaps the major stumbling block for implementing Brexit.

Two party leaders lost their seats. Jo Swinson of the Liberal Democrats, who had suggested she could serve as a compromise prime minister in a coalition government, was tossed out by a candidate from the Scottish National Party. And Nigel Dodds of the Democratic Unionist Party, which had propped up the minority Conservatives in the previous Parliament, lost his seat to a candidate from the Irish nationalist Sinn Féin.

Markets reacted to the news Friday morning with apparent relief that the three-and-a-half years of political uncertainty over Brexit may finally be coming to an end. The British pound sterling rose nearly 2% and European exchanges were modestly up.